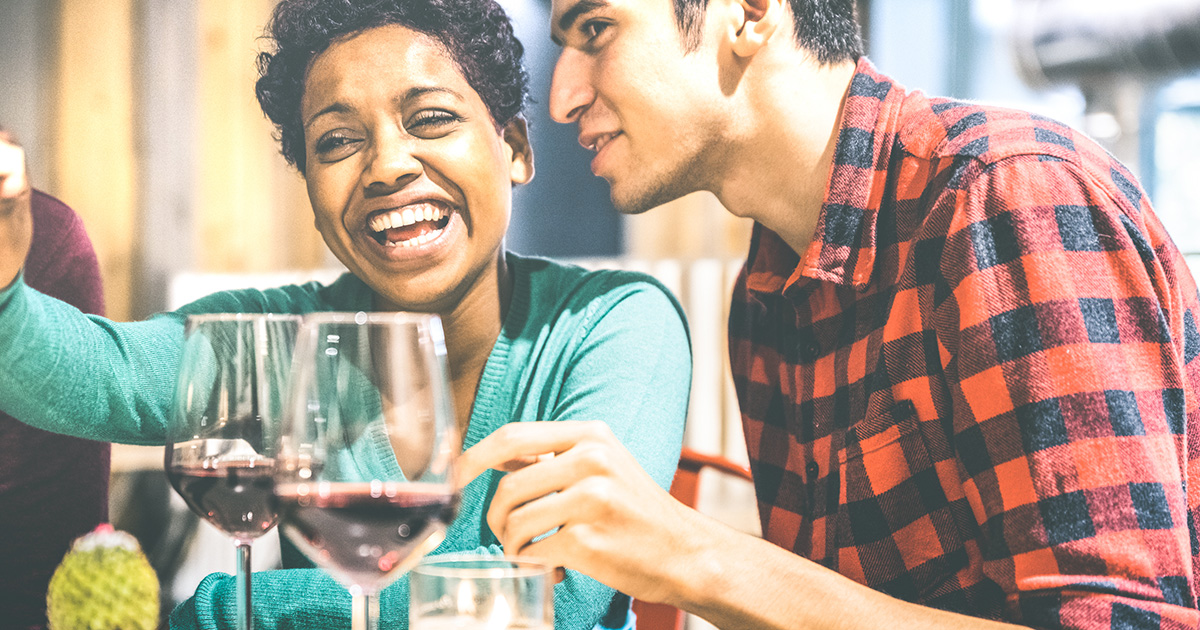 “After five years of marriage, Jason and I have covered every possible conversational topic three times over,” said Mrs. Erickson. “So we were mostly just arguing over whether to share two pastas or each get our own — he always thinks he can eat more than he can, and we always end up throwing out leftovers. But as soon as these two complete bags of trash came in and ordered a pitcher of Red Bull vodkas, Jason and I dropped our menus and got right to work. We haven’t had this much fun in years.”

“I thought this restaurant had a dress code, but the guy was wearing sweatpants with a belt for some fucking weird reason. My God, those people were offensive to all five senses,” said Mr. Erickson. “And I didn’t even know a woman could have an alt-right haircut. But making fun of their unholy union actually reminded me of what brought my wife and I together in the first place: those tears I shed when Holly said that the guy looked like the missing evolutionary link between Mark McGrath and Guy Fieri? Those weren’t just tears of laughter.”

The restaurant’s staff witnessed firsthand as the Ericksons rekindled their flame by scorning their fellow patrons.

“Jason and Holly have been coming here for years, but I can’t remember the last time I saw such passion between them,” remarked waiter Freddy Owens. “I swear, I saw twinkles in their eyes when that other couple started arguing about whether it’d better for their Insta brand if they got a kitten or became polyamorous. It was like vintage Jim and Pam… except really, really mean.”

Studies show that criticism of other relationships is an essential part of a healthy marriage.

“It’s so important for couples to strengthen their bond by ridiculing other people’s love,” said relationship expert Dr. Meredith Harrison-Peters. “That’s why my wife and I have an amazing marriage: she gets such a kick hearing about all of the pathetic schmucks that come into my office every day.”

At press time, the Ericksons decided to attend a local renaissance fair to keep the spark alive and develop new material.