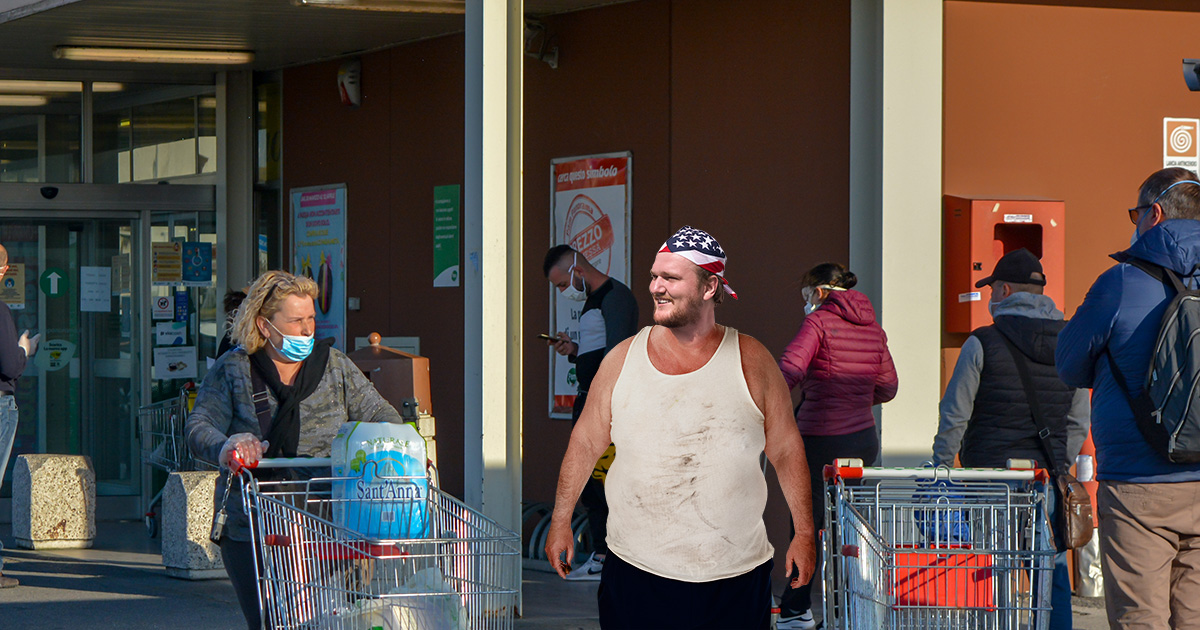 “You’ve got to help me out,” said Shockley, peering out from around a corner. “I told these popular guys I’d bring them some beer, and if I don’t come through, I’m screwed. But I refuse to wear one of those muzzles, because this is America, and it’s my God-given right to die how I please and take as many of you with me as I want. Plus, it’s, like, itchy, and I heard breathing your own carbon monoxide is toxic. Not to mention, if word got out that I was wearing a mask at the grocery store, I’d be the laughing stock of the whole gun range.”

Shoppers were confused by Shockley’s request.

“At first I thought it was another underage kid playing Hey Mister,” said Randall Paon, a local resident who limits his grocery store trips to once per week to reduce exposure. “But this guy must have been over 40, asking me to get him a case of Bud Light metal bottles and some ‘double barrel’ Slim Jims — the kind with the cheese. I asked him why he wouldn’t wear one of the masks provided by the store, and he just screamed, ‘That’s how Nazi Germany started.’ I walked away while he was trying to find the right Hodgetwins video to show me on his phone.”

Store employees have grown increasingly disheartened by the lack of basic consideration for their well-being.

“We’re all scared, and none of us want to be here,” said cashier Stacy Kohdlam. “People call us essential workers and heroes like we’re firefighters or cops, but I didn’t enlist to be a hero… and unlike the police, I’m expected to do my job without killing anyone. I mean, the dude is wearing an American flag bandana on his head. How hard would it be to just pull it down over your face?”

At press time, Shockley was attempting to draw a mask on his face with permanent marker.