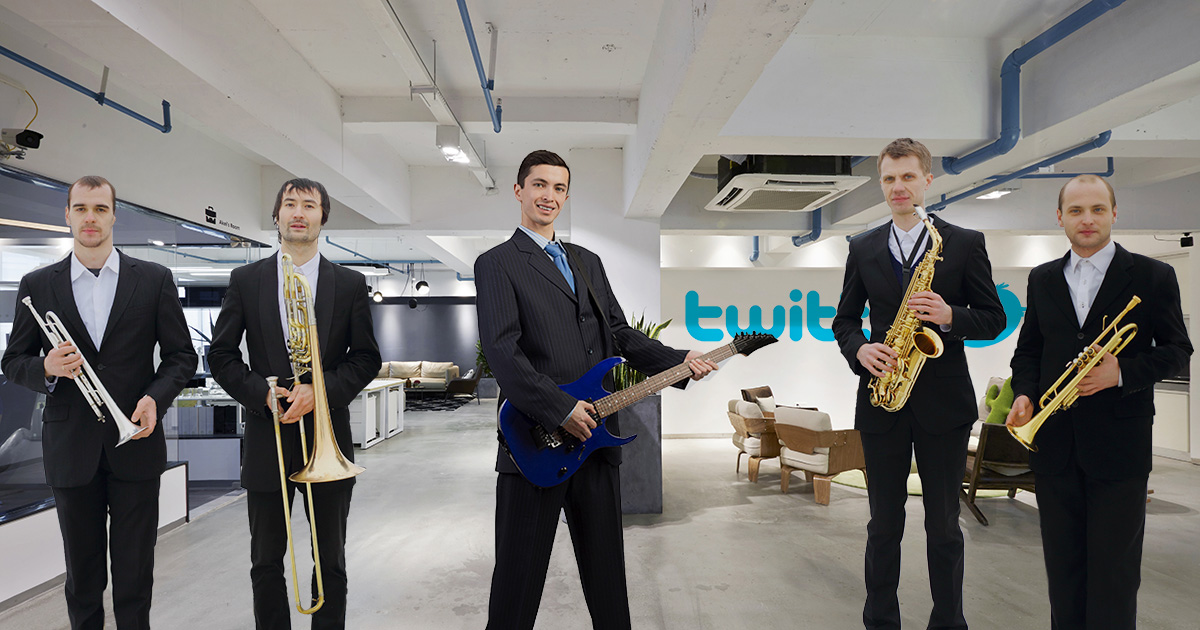 “Our horn section got fired in the second round of layoffs, so right off the bat there were issues. We kept managing to find replacements because it turns out there is a lot of crossover with programmers and band kids,” said Evan Harris in Marketing. “We’ve been using an abandoned open workspace on the fourth floor as our practice area. Sometimes the boss comes in and asks what the hell we’re doing, but he’s easily distracted. Last week I told him the radical left was planning another attack on our advertising model and he ran back to his office and didn’t come out for 16 hours.”

Other building staff personnel report that despite once feeling safe from the axe of layoffs, they now have a whole other issue to fear: being drafted into the band.

“I wish I would have never mentioned to Jake in HR that I moonlight playing keyboards in a wedding band,” said custodial worker Mike Pearce. “Now every time I do my rounds I have to dodge those guys hounding me about playing keys for them. I don’t own a Hawaiian shirt, much less would I go out and buy one and wear it to play with these jerk-offs. I’m just trying to keep it clean while everything else around me burns to the ground.”

Mental health professionals that deal with high-stress work environments say that what is happening at Twitter is very common.

“Highly traumatized and stressed out employees are going to act out. Clanning together around a common interest is absolutely a coping mechanism, and if they’re resorting to playing ska music then they’ve clearly gotten pretty desperate,” said psychologist Regina Stillwell, who specializes in working with high earners in tech. “There’s a well-known story we tell in corporate mental health professional circles about the final days of MySpace. Some of the remaining employees snapped under pressure, went feral into Franklin Canyon Park for weeks, and that’s actually how Mumford and Sons were formed.”

The group, who goes under the name Blue Checkerboard, has already learned Grimes’ entire catalog which they’ve fully adapted into ska covers just for Elon Musk, who routinely shouts requests at them from the landing outside his office.