Quarantined Pantera Fan Running Out of Drywall to Punch 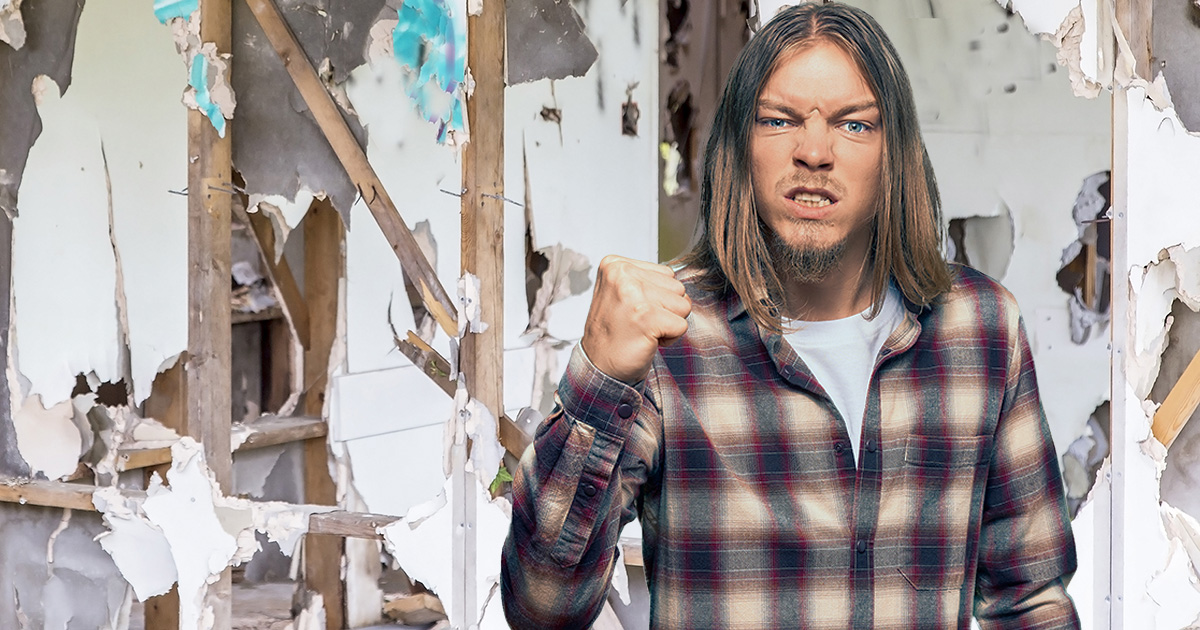 DALLAS — Laid off mall security guard and avid Pantera fan Jamie Gunderson has essentially torn his apartment down to the studs with his fists while in quarantine, concerned neighbors report.

“When this whole pandemic kicked off, I seemed to have an endless amount of drywall in my apartment, so I was pretty free with my sheetrock boxing — I’d crank up some ‘Vulgar Display of Power’ and just go to town. But it’s been almost a year, and it’s turned into a wall-socking marathon, not a sprint,” said Gunderson after driving his hand through the remaining drywall in his closet. “I started with just the living room, but before I knew it, my bedroom didn’t have an inch to cram my meat hook into. By the time I reached the bathroom, I realized I better slow down, but I get pissed off so much.”

“J-Dog has always been such a nonconformist, and this last year has been so hard. When he was working at the mall tackling shoplifters and choke-slamming skateboarders, he’d come home satisfied. But to see him laying on the floor to punch holes just above the baseboard breaks my heart,” said Danvers. “I tried to help him — I spent an entire stimulus check on spackle to patch some holes for him — but it’s just not the same. Nothing can replace that feeling of a fresh crack. Now, he mostly just listens to ‘Cowboys From Hell’ and sobs. It’s sad.”

“The quarantine has forced many counter-culture groups into performing ritualistic behavior in abnormal spaces… although Pantera fans seem to have reverted back to ‘caged animal’ status quicker than others,” Schowalter said. “We’re seeing graffiti in the homes of Eminem stans, and punks have begun actively spitting on their roommates. But goths may have it the worst: they used to hide from the world in their rooms, but now the world is their rooms, so they’re hiding outside. The poor dears are going to get a sunburn.”

Gunderson was unavailable for further comment, as he had just realized that the ceiling is drywall too.