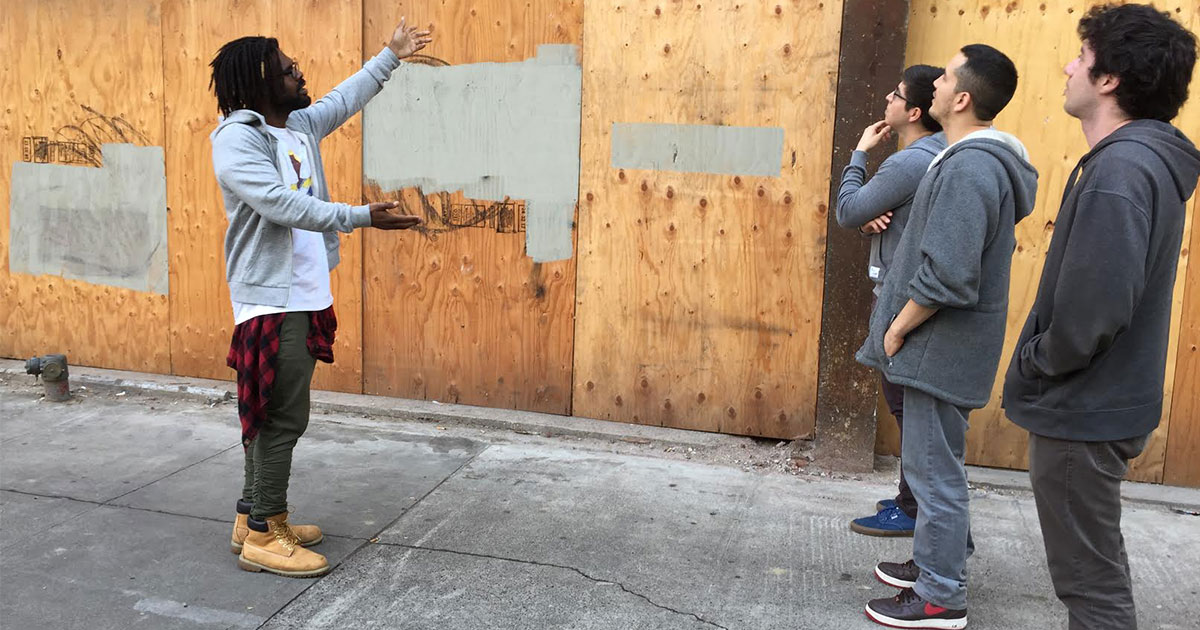 “And this condemned house is where my bud Kevin held basement shows before asshole neighbors moved in and started calling the cops every time they heard anything louder than a fart,” Reeder told visitors. “Some say he still walks the halls of this house to this very day… because he’s squatting here, and hasn’t found a new place to live.”

The tour includes stops at a Whole Foods built on a crust-punk dog burial ground, a defunct venue where the lights flicker at night due to substandard wiring, a one-bedroom apartment that mysteriously housed 15 people, and a brief detour to Reeder’s ex-girlfriend’s new apartment.

“We came for the scares,” said Kelli Downs, a Canadian tourist. “But Andrew really makes history come alive. Like, did you know that this coffee shop was the DIY venue where Green Boy knocked out Skinhead Steve with a broken ceiling fan? I don’t know who those people are, but, still, [Reeder] made it seem like a really big deal.”

The hour-long walking tour — longer if Reeder gets lost — highlights the once-vibrant New Orleans punk scene that died after “…it stopped being about the music and all the yuppies moved in.” Tourists receive two complimentary drink tickets and a copy of Reeder’s band’s new EP.

“Legend has it that, at this intersection, Connor DuChateau sold his soul to the devil so his band could open for 88 Fingers Louie on their ‘Back On The Streets’ tour,” said Reeder to a group snapping photos. “Some say that if you stand here at midnight during a full moon, you’ll still get handed a flyer for that show.”

Reeder’s future plans for the tour include converting his band’s van into a tour bus to include sightseeing in St. Claude, where “…the scene is pretty much just a bunch of poser zombies now anyway.”