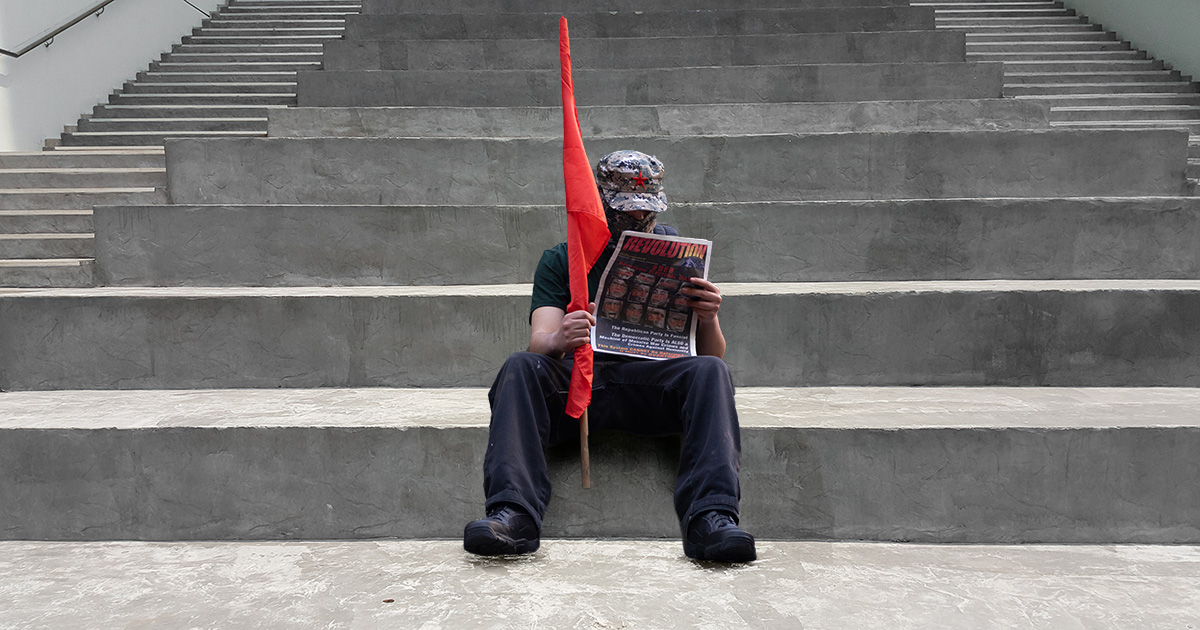 BALTIMORE — Local punk and wannabe anarchist Kevin Tomlin was upset to discover being an anarchist would require community involvement and not just make him an agent of chaos, confirmed multiple sources trying to get the punk to help with mutual aid programs.

“When I first heard of anarchy, I figured it meant I could do what I want all the time without any pigs telling me what to do,” said Tomlin while watering down fireworks he initially wanted to set off in a library. “That idea went to shit when I tried to join a local anarchist group and they all turned out to be a bunch of nerds. They basically gave me homework and asked if I’d like to distribute anti-capitalist pamphlets. Where’s the molotovs, the destruction, the stealing of police horses? Instead they gave me some book entitled ‘The Conquest of Bread’ and told me to read up. If I wanted to conquer bread I’d just throw a brick through the window at the Piggly Wiggly.”

Members of the Baltimore anarchist collective “Edgar Allan Anarchists” liked Tomlin’s zeal, but felt he was a bit misguided about their motives.

“We aren’t against using violence as a means of overthrowing the current oppressive capitalist regime,” said organizer Erika Thompson. “But that doesn’t mean we enjoy the violence on the same level as Kevin. I’m starting to think he might be a cop, given his aversion to reading and his quick temper. Maybe this guy isn’t an anarchist and he’s just insane. He offered to burn down the local police precinct which was tight, but then suggested we burn down the elementary school… and his ex-girlfriend’s house… let’s just say I didn’t hand him my lighter when he asked for it.”

“Realistically, what most anarchists advocate for is really boring local level direct democracy,” stated Driver. “People would work the farms, share the food, and meet up in the afternoon to decide what’s best for the local community. If you really think about it, this kind of means the Amish are probably the best model of anarchism we have available. Add in some free love elements, and most anarchists are just Amish people that fuck.”

At press time, Tomlin reportedly found himself fitting in excellently with a group of libertarians.