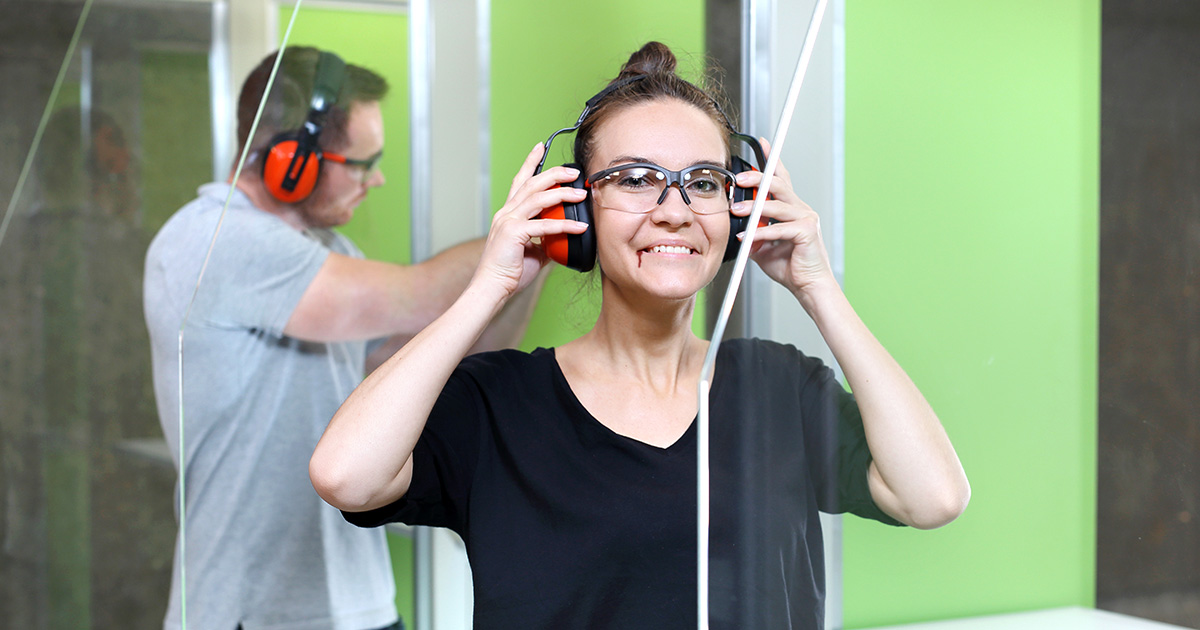 PORTLAND — Ardent leftist and Socialist Rifle Association member Jamie Stoltz was hospitalized after severely damaging her tongue by biting it for an entire day at her local shooting range, hospital staff confirmed.

“The Second Amendment is our most important tool in resisting fascism,” mumbled an incomprehensible Stoltz through a mouthful of bloody gauze. “I love hitting the range, but it can be hard not to chime in when all these guys talk about how Trump is going to be reinstated in August, so I’ve just been biting the hell out of my tongue and excusing myself to use the bathroom a lot.”

“I’ve had to plink away while they talked about ‘the steal,’ QAnon, Joe Biden being a half albino black guy/half alien… after a while, I stopped wearing ear protection so I’d be too deaf to hear anything,” she added.

“I quit my last range after I said Trump passed more gun control than Obama, and they all took turns pistol whipping me,” sputtered a defeated-looking Stoltz. “Now I just blend in. I wear a Ted Nugent shirt, cover my hammer and sickle tattoo, and if I get cornered about politics I just say ‘fuck Democrats’ without explaining it’s for different reasons than them.”

“Yeah she bit her tongue pretty bad,” Leach explained. “I asked her if she had just gotten the vaccine, cause I hear the microchips give you seizures, and maybe that’s why she bit it so hard. But when I said that, she started biting it even more. She must have been on bath salts or something. There was blood everywhere and I had to give her a tranquilizer to get her to stop.”

At press time, Stoltz was in an operating room having her tongue permanently detached after having booked her first flight back to her hometown in three years.