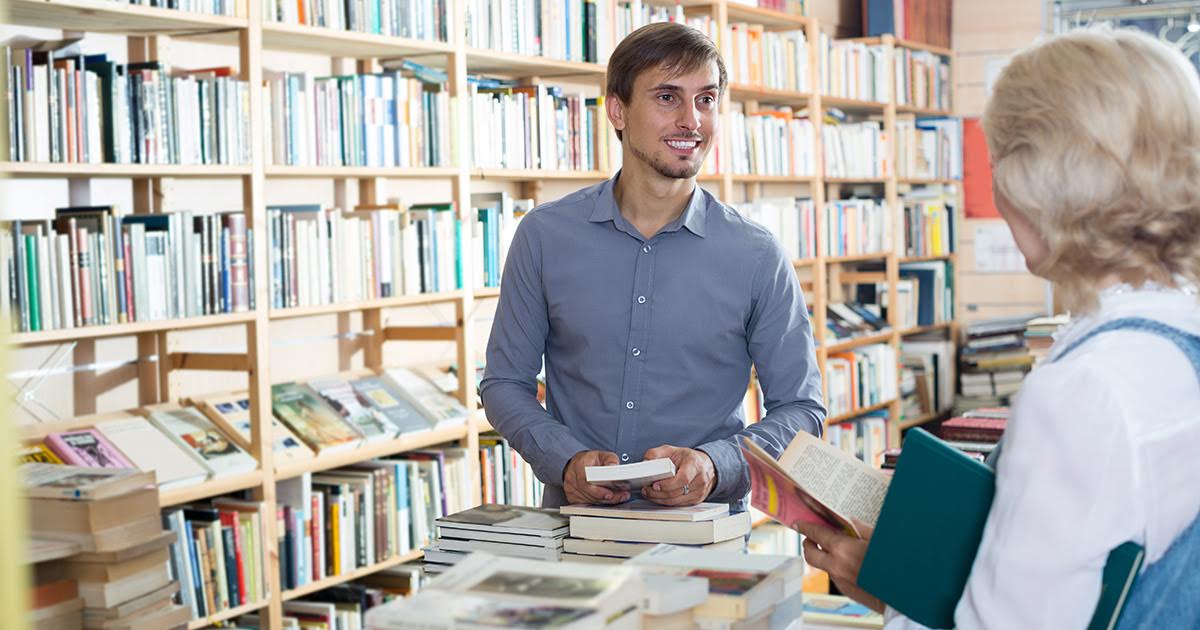 SAN FRANCISCO — A Novel Experience Bookstore owner Dale Severen was deemed “totally not legit” yesterday for lacking a dynamic selection of ancient texts and dark knowledge of demonic gateways from which to bring forth wrath and fury upon this earth.

“At least three times a month, a group of battered ‘demon fighters’ rush in here and demand I take them to the room where I have ancient texts that open or close some sort of Hell portal. But my Occult section is mostly just a few used copies of ‘The DaVinci Code’ and ‘Harry Potter’ books,” said Severen while setting up a Fall cookbook section in the front window. “I think they’re looking for a montage of old religious drawings, and maybe a Latin incantation… but I don’t know anything about that area of literature. Personally, I prefer fiction about World War 2.”

“I went there looking for a basic Mesopotamian scroll that contained a prophecy about the rise of Aamon. The fact he didn’t even have something that simple seemed irresponsible,” said Van Janssen while sharpening a jeweled dagger. “And it’s fine for me — I just went to a different shop in an abandoned tunnel beneath Chinatown. But what happens when a group of teens who play an album backwards or use a Oujia board incorrectly go in there? That asshole is just gonna waste their time. Every minute counts with a pending apocalypse.”

Experts noted a sharp decrease in demonic literacy by used book dealers, once a staple of the Dark Arts world. Jacub Yoriksson, President of the Universal Blood Order, would like to see these stores returned to their glory days.

“There was a time not long ago when you would have a choice of 10 stores with a dusty, old, locked room filled with ancient manuscripts. Finding a place with an angel skin-covered Bible now is impossible,” said Yoriksson. “We need to return to the days of a shopkeep who toils over the texts day and night, hoping to stumble across the secrets that will raise an army of the dead to fight on the side of the righteous. I mean, why else would you open a bookstore? You can get every other book on a Kindle.”

Severen was last seen fighting off four hellhounds this morning with a first edition copy of “Catch-22.”