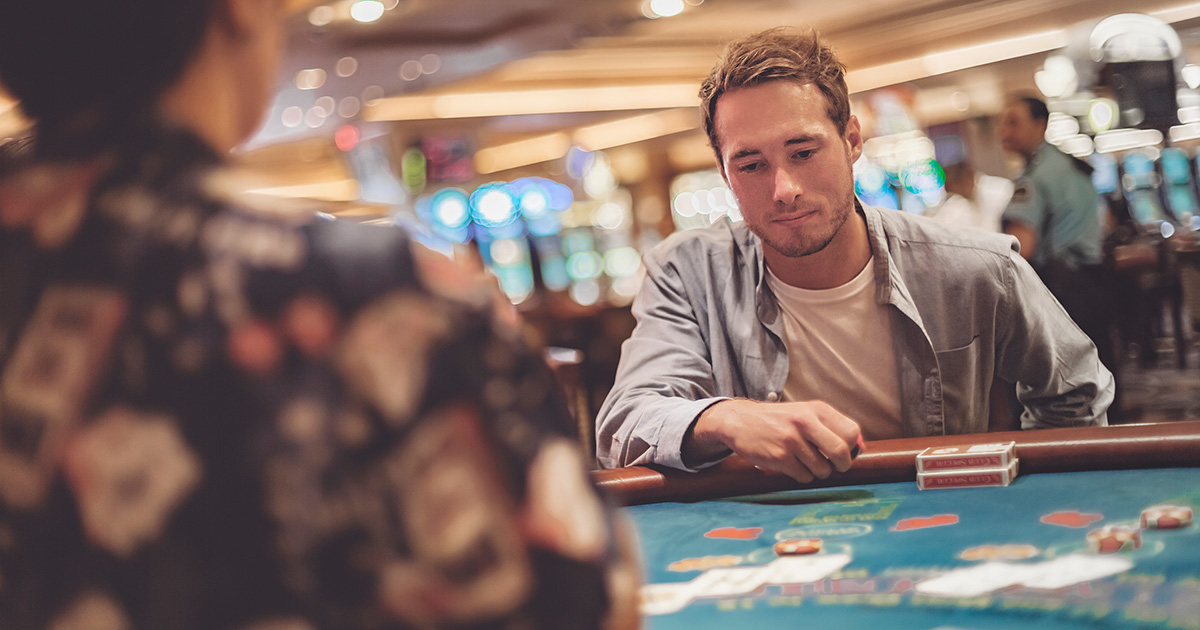 “One of the kids at the high school I hang out at got me hooked on blackjack and now I just can’t stop playing. I got into all the tips and tricks, like what the difference between a soft and hard hand is. But I don’t care what the rulebook says, whether it’s soft or hard, the number 15 just feels right to me, for some reason,” said 25-year-old Devin Suggs. “I just have a deeper connection with the cards. But I feel like if I hit on anything higher, my cards will get too smart and go to tell their little card buddies in the deck about my intentions. And if that happens, I’ll never win big ever again.”

“Listen, I didn’t really talk to Devin all that much before, but now I truly regret every conversation I have with him. Ever since he started this stupid blackjack rule, he hasn’t been able to pay his half of rent,” said a sighing Zaracostas. “He’s asked me to hang out at the casino with him but it’s just too painful to watch him play. It’s like he thinks the objective of the game is to get 15 because anytime he finds out his hand is 18 or higher, he loses all interest.”

The dealer, who witnessed Suggs lose money all week, had some concerns that the gambling addict might be revealing his hand.

“Yo, somebody has got to get this guy on a list or something. Like anyone in the service industry, dealers are usually forced to put up with their patrons’ shitty behavior. And man, this guy would not stop being a big fucking weirdo,” said a disturbed Angela Gauthier. “If all the girls you bring to my table aren’t of legal gambling age, that’s more than a bit suspicious. And stop reciting the same pickup line to these teenagers any time you get a Queen of Hearts, you freak.”

“Plus, he wouldn’t stop giggling at the ‘Loose Slots’ sign and it’s really distracting,” she added.

At press time, Suggs was kicked out after being caught cheating at the table because his underage girlfriend had difficulty counting cards.