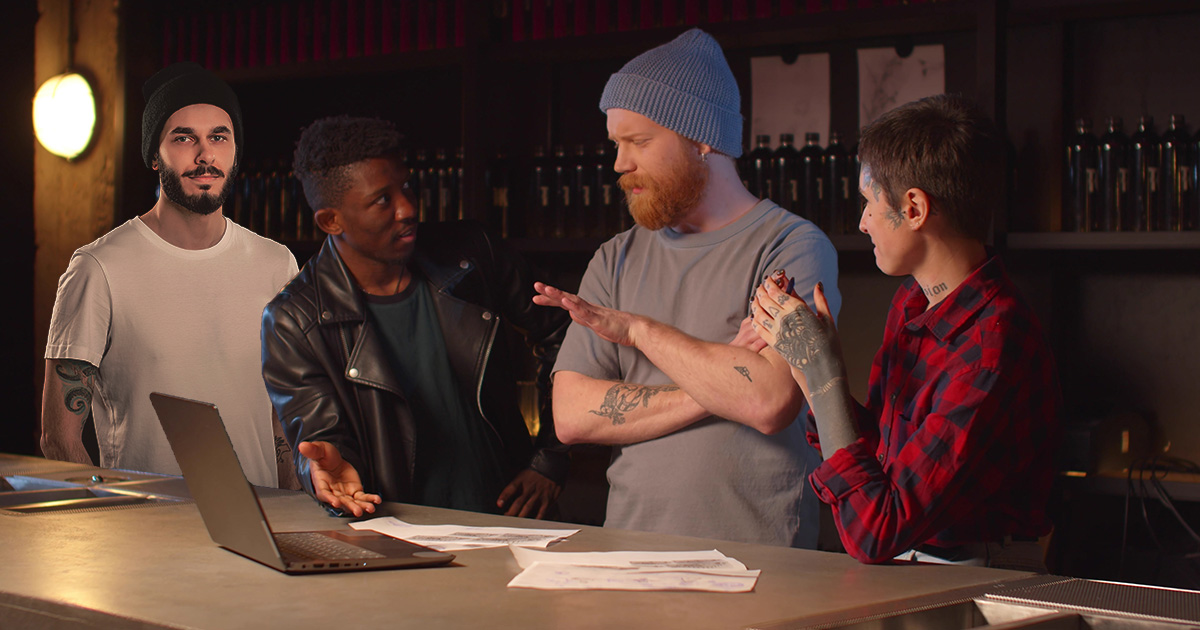 AGOURA HILLS, Calif. — Local nü-metal band Hog Washer can’t decide which of the countless butthole puns they thought of over the last six months would best capture their essence and serve as the title of their debut album, sources close to the band consisting entirely of adults confirmed.

“I know we need a good butthole joke in the title, but none of them have that certain ‘something’ we’re looking for, ya know?” said Hog Washer lead singer Joseph Bongino. “The little sun, twisted balloon knot, sarlacc mouth, hotdog maker, gas mouth, the end of the tummy oven, round peg, the dirty hole… none of these are good enough. I’m gonna sound like a broken record, but they just don’t have the zaz! We all laughed when our guitarist pitched ‘the cocoa stink hole,’ but it’s not right for us.”

“I just think it’s played out and gross. Nü-metal has evolved, and we need to evolve with it,” explained a disgruntled Billingsly. “This genre is so much more than cheap butthole jokes — it’s so much more than dookie shoot, stomach acid sausage casing, pineapple cross section, or the ‘hole nine yards. OK… well, actually, the ‘hole nine yards is pretty funny. I should text that to Joe.”

Former Limp Bizkit frontman Fred Durst, however, endorsed the need for the pun.

“You gotta have a butthole pun in there. No doubt about it, that shit is important. That’s the heart of the genre, my guy,” said Durst while waiving about his own journal full of butthole jokes he’s thought of since the turn of the century. “I truly believe that you aren’t really nü-metal if you don’t have at least one album that’s a fart box pun. For ass sake, I even sneak them into my movies now, except I have to be a little more sneaky about it since I’m now a bigshot director. You know I worked with Travolta, right?”

Sources say Hog Washer is approaching a compromise, and will likely go with the classier alternative of an old fashioned dick reference.