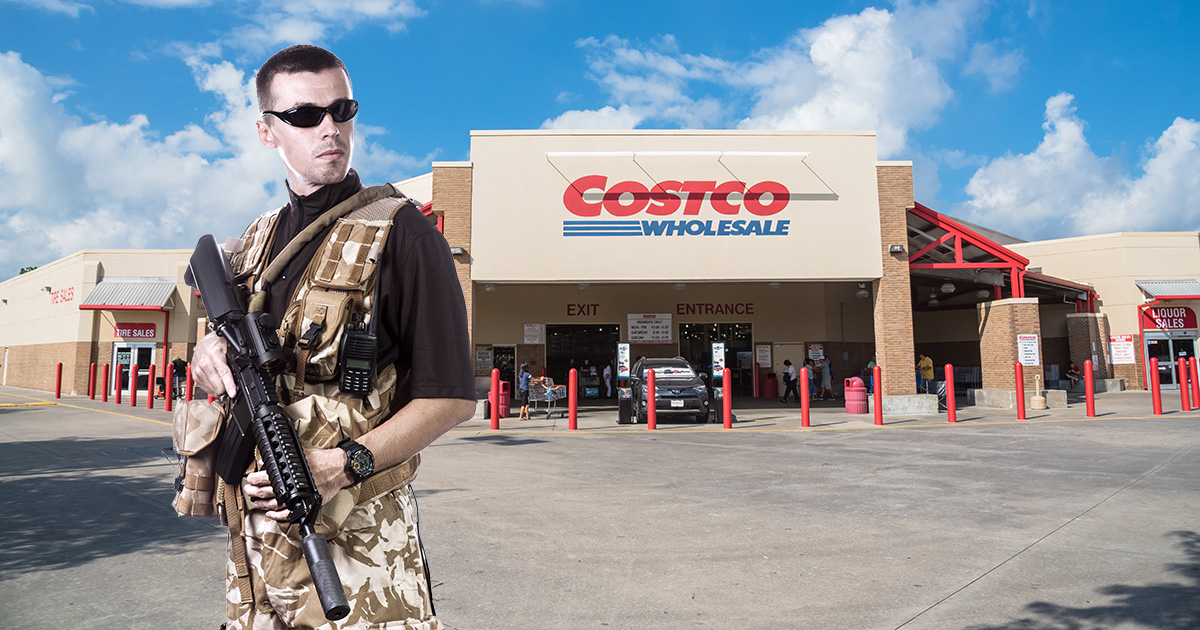 MURRAY, Utah — Card-carrying member of both the NRA and Costco’s premium membership Greg Young was forced to leave the bulk-grocery chain this past Wednesday, thanks to his refusal to wear a facemask in accordance with Costco company policy.

“As an American, and a Utahn, no one has the right to tell me to leave a public place because I’m not wearing a mask and also carrying a semi-automatic firearm. You’re saving money, sure, but you’re vulnerable when shopping in bulk,” said Young. “I appreciate the security that comes with bringing my AR-15. Does that make me a bad person? In the eyes of the liberals at Costco, yes, it does. And it’s all because the mainstream media is pushing these ‘facemasks’ on us to test our compliance.”

A Costco spokesperson expressed disappointment for the way the situation played out, but stood firmly behind their employees.

“We believe Costco greeter Alex Morales was in the right, as he was enforcing a company-wide policy that requires all who enter Costco to wear facemasks. We put this policy into place on the basis of science, and do not see it as Costco taking a political stance,” said Costco Director of Operations Samantha Clemm. “The claim that Mr. Young was asked to leave because he was carrying a firearm is false: Costco permits open carry in all of our locations where legal, and does not stand in the way of customers exercising their Second Amendment rights.”

Despite Costco’s statement, NRA communications manager James Hirsch is convinced there was a bias at play.

“We are disgusted by Costco’s flagrant disregard for Mr. Young’s constitutional right to bear arms, and believe he and other proud gun owners should boycott the chain, or take a stand against this injustice however they see fit,” Hirsh said. “We’re in the middle of a damn crisis, and the only way to get things back to normal is protecting yourself and everyone around you with lethal weaponry.”

At press time, a group of unmasked men clad in tactical gear and khakis had gathered in front of the Costco with military grade weapons and extensive shopping lists.