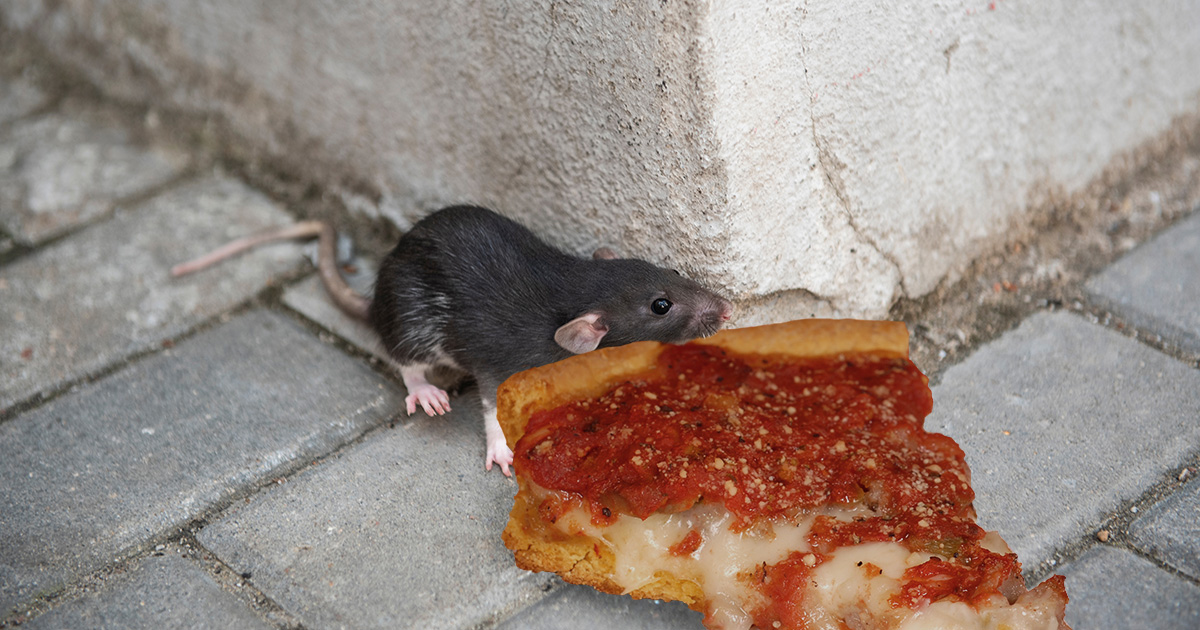 “Pizza Rat is a goddamn New York icon. You’ll be hard pressed to find a better metaphor for living in this place. My buddy went to Chicago for a business trip, he called me up and said he saw one of their rats dragging a ‘pizza’ onto the L. Buddy, get your fucking eyes checked,“ said Alphabet City resident Rossi. “No discernible rat would stoop so low to eat what’s basically a loaf of bread with sauce on it. What we’re dealing with here is an overgrown mouse with brain damage.”

Rossi’s friend who witnessed the Chicago variant of Pizza Rat was confused by his sudden elitism.

“I just thought it was funny to see another rat with a pizza, what is there to argue? We went back and forth for like 20 minutes, him telling me I probably just saw a raccoon or a possum or even a mongoose. Why the hell would there be a mongoose in Chicago?” said David Blumenfeld. “I had to just sit there and listen to him rant about how even the biggest rat could carry a pizza that can’t be folded. I mean he’s not wrong, but I’m not sure if I would go as far as being xenophobic about carb-loving rodents.”

Chicago pizza establishment Polchaski’s Pizza has since begun a campaign to have their city’s pizza rat recognized for being as culturally relevant as its East Coast counterpart.

“Our deep dish rat is just as good — no, better than that scrawny little shit, who’s only famous for basically dragging a dollar slice down the stairs. You gotta be tough to survive in Chi-Town, and only the baddest, jacked up rats can handle deep dish,” said restaurant owner Bob Polchaski. “I’m tired of New Yorkers thinking they’re better than us and our vermin. I’m proud to be known as the joint where this rat stole that slice straight outta one of my customer’s hands. That guy’s got balls.”

At press time, Polchaski and Rossi came to a truce after agreeing no rodent in their right mind would consume pizza with pineapple on it.