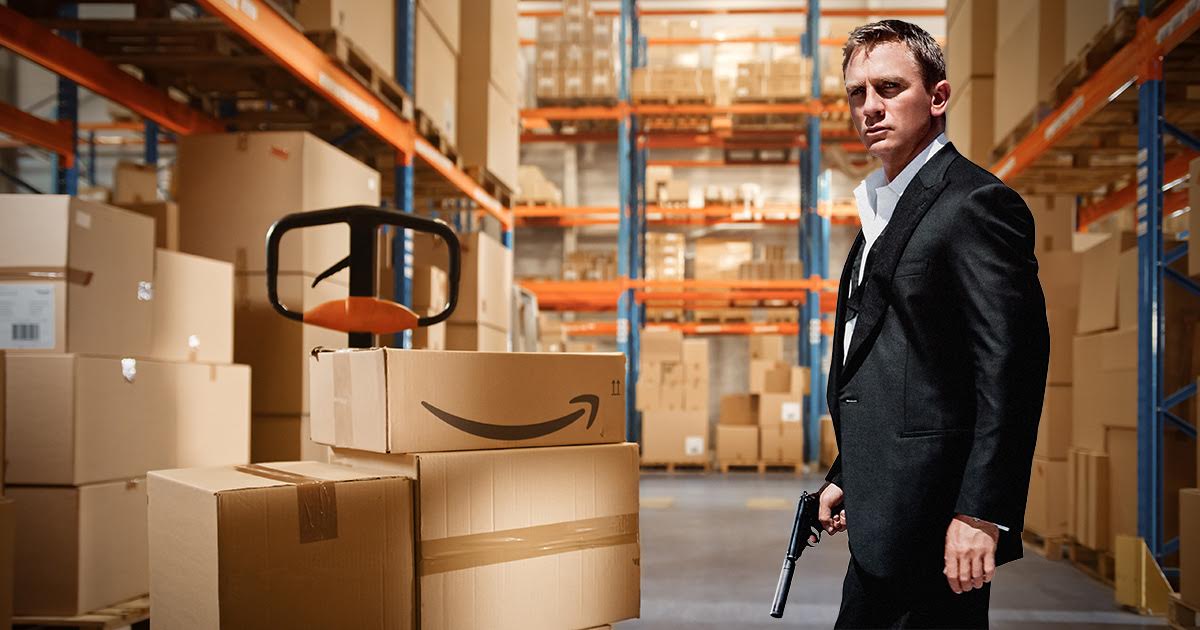 HOLLYWOOD — Shortly after its acquisition by Amazon, MGM and Eon Productions announced this morning that the next James Bond film will follow the titular super spy as he tracks down a rogue fulfillment center worker who left their workstation to go pee, confirmed terrified and overworked sources.

“Bond has faced all manner of supervillains and megalomaniacs, but does he have what it takes to match wits with someone who clearly has no regard for workplace efficiency?” said Eon Productions spokesperson Sandra Herman. “007 will be in a race against the clock to ensure that the world’s Amazon Prime members get their same-day shipping, as well as let everyone know about the evils of unionizing. Fans should expect the same globe-trotting action and suspense that the series is known for, but I hope that they’ll leave the theater with a newfound appreciation for what it means to respect the company’s time.”

Daniel Craig will once again reprise his role as Bond, while his new blue-collar nemesis will be played by Willem Dafoe.

“When I first read the script, I thought, ‘Is this guy really evil? Seems like he just had to pee,’” said Dafoe. “I brought it up to Jeff Bezos, who also wrote the script, but he assured me that I would be playing the most evil character Bond had ever faced. An ‘inconsiderate piece of shit worker,’ in his words. He then muttered something about ‘replacing all of the fuckers with robots’ before storming off to his solid gold trailer.”

Following the announcement, Eon Productions showed a clip from the film in which James Bond explained to Amazon workers why they don’t deserve a living wage.

“A lot of us were actually invited to be extras on the production,” said Marty Hernandez, an Amazon worker and union organizer. “It was fun at first, but things got weird when the director told us that all the bullets were live rounds and kept asking all of the union leaders to stand next to the exploding stunt cars. I don’t want to assume any foul play, but the Amazon executives seemed almost disappointed that none of us were hurt.”

At press time, MGM and Amazon announced a new “Rocky” reboot that sees a young Rocky give up boxing to become a Whole Foods cashier.