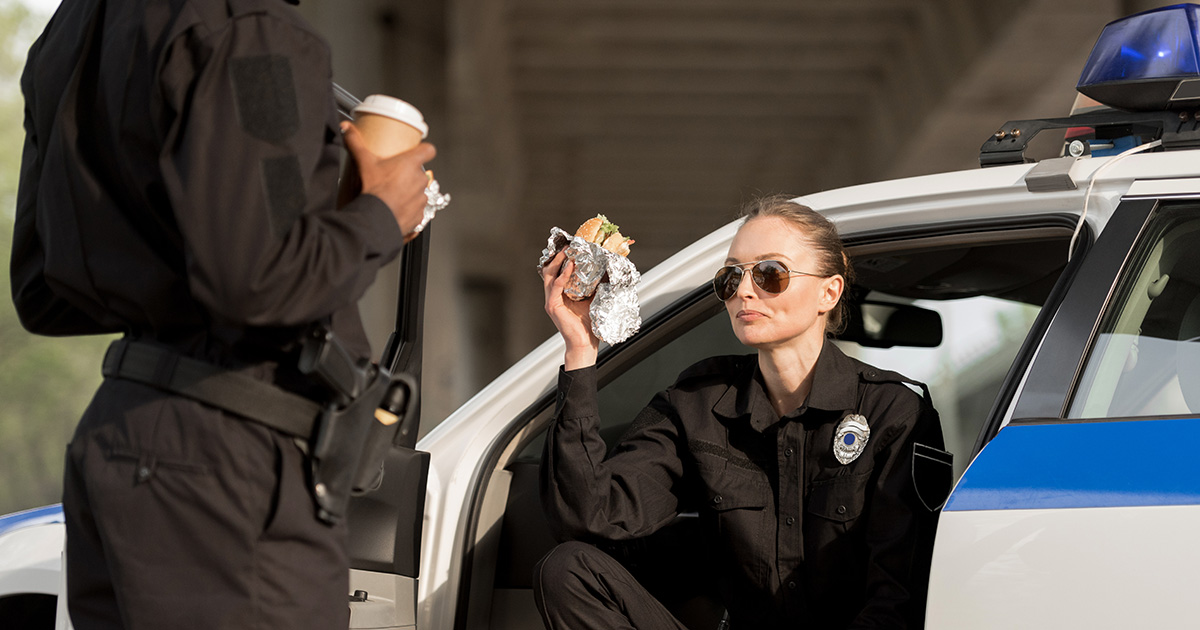 “This is new. I’ve been an officer for decades, and I’ve never seen such disrespect,” said the 20-year member of the PPD, who has received three medals for bravery, 43 citations for excessive use of force, and consumed roughly 325 pubic hairs throughout her career. “Everyone used to love us and appreciate the work we do… and then, bam! All of a sudden, people don’t like cops for no reason. It’s nuts.”

“What kind of world is this where I can’t even order a large number three with extra cheese, without fearing that some skateboarder I just gave a $150 ticket to for sitting at the skatepark without a helmet is going to hock a loogie into the bun?” she added.

For their part, Portland McDonald’s employees were surprised by the claims.

“I understand the climate is really tense right now, but honestly, nothing’s changed,” stated fry cook Andy Miller, polishing off a quart of whole milk. “I definitely didn’t start spitting in pigs’ food this year. I make cop’s food the same way today that I always have — with the utmost contempt, and three days of backed-up mucus in my throat. ACAB.”

Since May, police nationwide have reported an uptick in food tampering, acts denied by the local chain managers across the country.

“We would never, ever do something like that to an order from a brave member of the police force… ever,” said Oxford, Miss. Starbucks manager Tuck Bottomley. “The police are valuable members of our society, and I strongly condemn anyone who might, say, hock a chunky phlegm oyster into an officer’s ice cap, and then blend it so they don’t even notice. Or, if a rogue employee were to, for instance, slowly feed the same cop a mixture of spit, crusty elbow scabs, semen and fingernails until they technically made that cop into a cannibal without his knowledge, well… I would just like to meet that employee.”

At press time, Ofc. Hutchinson was spotted outside of a Denny’s carefully inspecting her Cali Club sandwich while several employees watched from the window, high-fiving.