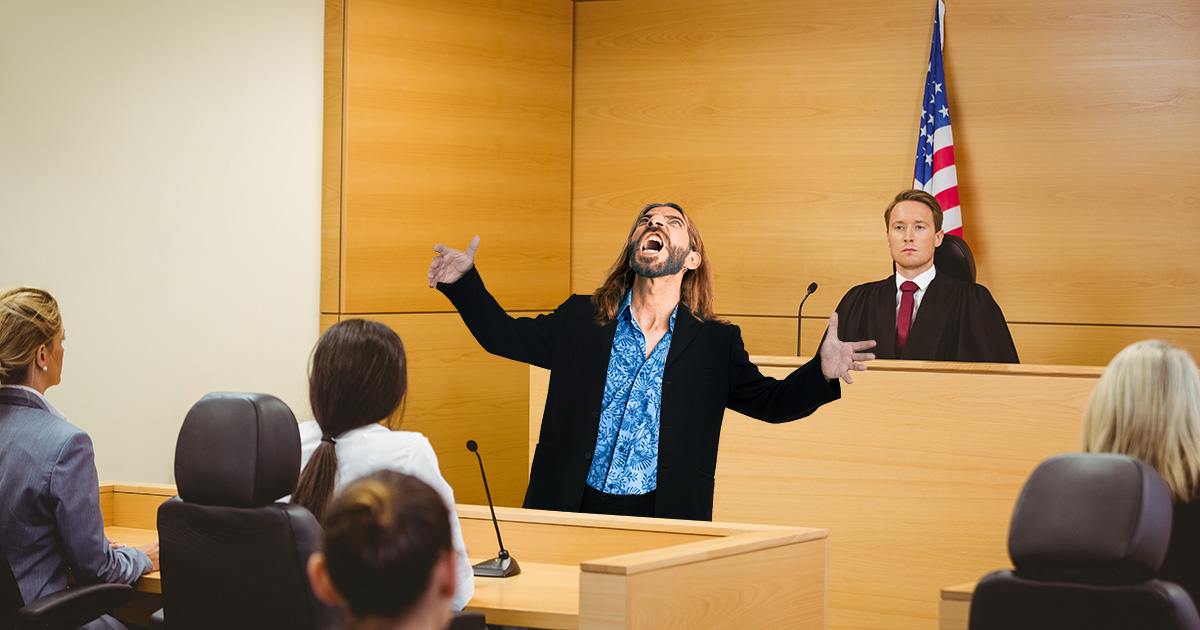 “We are guided by momentous decisions of the past like Rhoads v. Wylde, Ozzy v. Dio, and, most importantly, Roth v. Hagar,” Caldwell told the jury while playing air guitar. “Can we truly call ourselves a society governed by the rule of law when ‘5150’ can be mentioned in the same breath as the kick-ass, far superior, Roth-fronted ‘1984?’ If so, ladies and gentlemen, then may the blood of shitty ballads stain your hands forever… oh, and my client’s blood, too.”

“I was fine, even encouraged, when [Caldwell] showed up with a Dokken cutoff under his suit jacket,” Bollinger said after being found in contempt for celebrating a sustained objection with the devil horns hand gesture. “I can’t believe I entrusted my future to somebody who supports the reckless, undisciplined antics of David Lee Roth over the refined professionalism and musicianship of Sammy Hagar. I swear to Christ, if I hear him even mention Gary Cherone I’ll demand to represent myself.”

One juror, who spoke on the condition of anonymity, recounted the “bizarre nature” of proceedings so far.

“I was already floored that the judge permitted 31 hours of vinyl to be submitted as evidence to build foundation,” the juror revealed with ‘Why Can’t This Be Love’ blaring in the background. “Now we’re sequestered until we agree if it’s valid to compare the synth-heavy pop tracks that defined the Hagar era with the guitar-driven hits of the Roth era? I have a job to get to — clearly the leather ‘Judas Priest’ wallet found at the scene of the crime was the defendant’s. Can’t we just find him guilty and be on our way?”

Records also show that Caldwell and Bollinger nearly came to blows in the courtroom after Bollinger called his laywer an “incompetent corporate shill” for preferring Megadeth’s “Countdown to Extinction” over “Rust in Peace.”