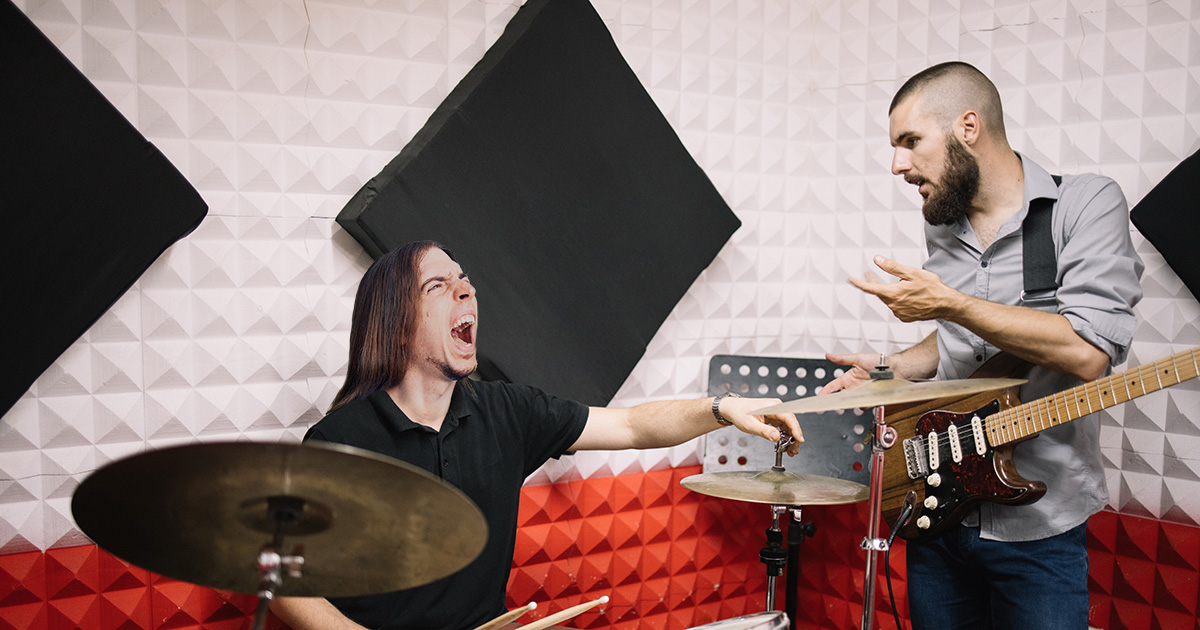 BALTIMORE — Local thrash metal band Gynosphinx reportedly spent close to $500 to soundproof their practice space last week out of respect for their neighbors who have complained about hearing the band scream at one another, sleepless sources close to the story report.

“We got another letter from the landlord saying that we need to keep it down or we’re going to be evicted,” said Gynosphinx lead singer Clark Mason. “If our guitarist Archie would learn the fucking songs and show up on time, we wouldn’t be making such a racket. We pride ourselves on playing loud — we want to be able to set off car alarms a block away when we play live — but that isn’t anything compared to our drummer Bert’s tirades when he’s been drinking. So we stapled egg crate foam and carpets to the walls before someone calls the cops on us.”

The locals are very appreciative of the band’s efforts to mute their anger.

“They’d keep us up until two or three in the morning, yelling about each another’s commitment to the band,” said upstairs neighbor Candice Zimmerman after an afternoon nap. “Now all we can hear is the kick drum and the occasional expletive. It’s a very welcome respite. Weirdly, I sort of miss hearing about who is currently the ‘sellout’ of the group.”

Audio engineers have been quick to point out that soundproofing a space for arguments is much different than for music.

“See, yeah, they went with the egg crates, which is a rookie mistake. If you’re trying to mute the sound of bickering and whining, you really want to go with a non-porous material, like a plate absorber,” said studio engineer Marcia Chapman. “It will really cut out the high-ends and vibrato. Or maybe use a spray foam so it won’t absorb the sound, because you want your bandmates to get the message; you just want to make sure the sound doesn’t penetrate. I tell you what, knowing how sensitive metalheads are, a couple of area rugs aren’t going to cut it.”

When reached for an update, the neighbors admitted the soundproof solution was only a temporary fix, as the previous night’s fight spilled out into the street and ended with a dumpster being tipped over and lit on fire.