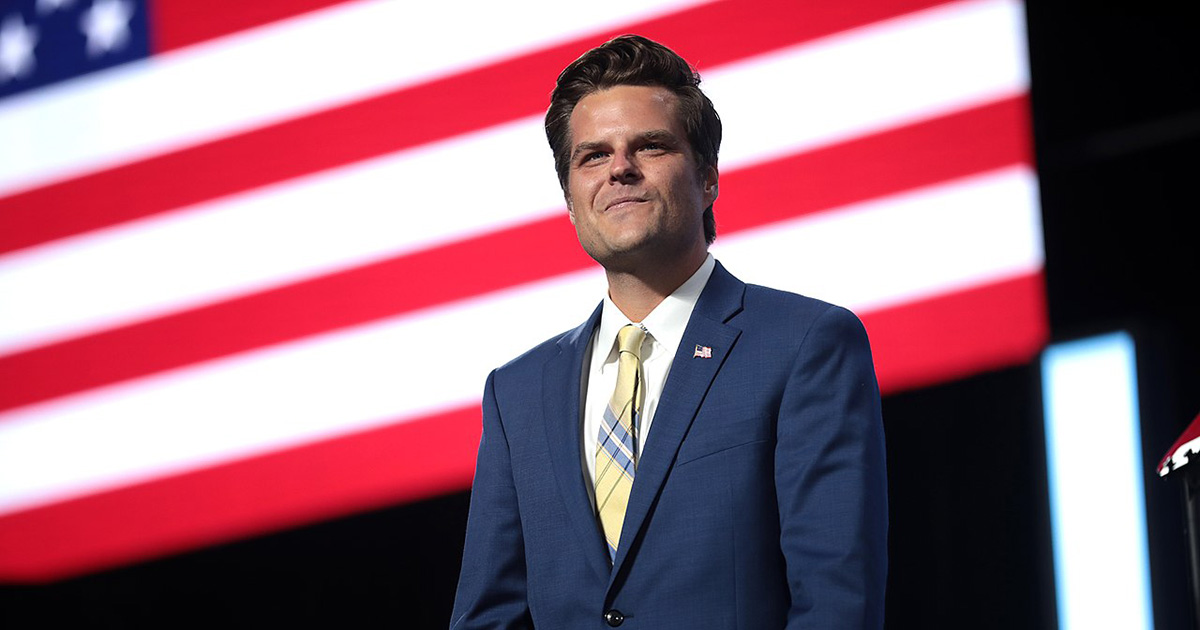 “I’m only 17, but are you really surprised? I wasn’t exactly acting like a grownup when I broke security protocol to storm a classified hearing during Trump’s first impeachment, or when I wore a gas mask on the House floor for attention while everyone else hurried to address the new Coronavirus pandemic,” explained Gaetz. “But ask yourself why the fake news has been pushing sensationalized stories about how old one of my sexual partners was without bothering to mention my age. It’s because Democrats use the elitist media to distract everyone so they can sexually abuse children. It’s no different than pretending to be a little older to go fight Hitler, because Democrats are the same as Nazis with those vaccine passports they won’t shut up about.”

“This entire ordeal has devastated my 19-year-old son, Nestor,” added an emotional Gaetz.

Legal commentators were quick to point out that this revelation jeopardizes the ongoing FBI investigation into Gaetz’s activities.

“This is brilliant legal maneuvering,” said Jeffrey Epstein’s co-conspirator and former lawyer, Alan Dershowitz. “Nothing derails a prosecutor’s case quite like finding out the adult they claim is engaging in sexual activity with a minor is also actually a minor. No crime there. Only a perfect sex life, just like my own. Anyway, I can understand why everyone assumed Mr. Gaetz was older. He demonstrated real sophistication with those menacing witness tampering tweets directed at that rat Michael Cohen. They rivaled those of my client, President Trump, who handles all things in a very adult way.”

But while Gaetz celebrated vindication, one of his party companions worried.

“Well, this is awkward,” Trump confidant Roger Stone uneasily remarked. “Not a great feeling when you find out the guy you’ve been high-fiving during some smokin’ hot Eiffel Towers is telling everyone he’s underage. But you know, Matt’s the life of the party. I always figured it was just all the cocaine, but I guess it could’ve been youthful energy and cocaine.”