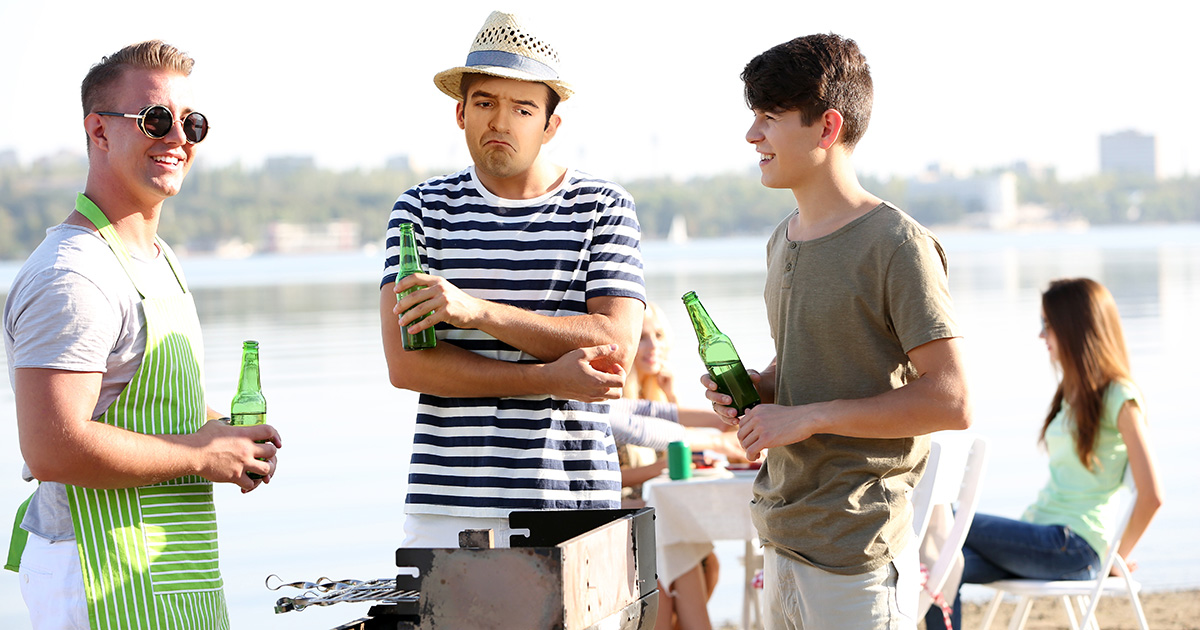 BALTIMORE — Barbecue attendee James Duffy was disappointed to learn this afternoon that vegan host Terry Russo provided meat options for his guests, forcing Duffy to find another reason to hate him, sources close to the irate carnivore confirmed.

“It’s my girlfriend’s co-worker’s barbecue and I don’t know anyone, so when I learned the host was vegan, I figured I could just kill time being pissed off about that,” said Duffy. “But then I see actual burgers sizzling on the grill. Now what the hell do I do for the next three hours?”

Duffy was allegedly further irritated by Russo for not only being accommodating, but extremely likeable.

“In my mind, I built him up to be this judgy, smug, kombucha-swilling, vegan douche, but Terry is unfortunately super chill,” a dejected Duffy stated. “It’s always frustrating when someone doesn’t live up to your stereotypes and preconceived notions about them.”

Russo, whose partner is not vegan, understands that a person’s diet is their own personal choice, and tries not to impose his views on others.

“Living a vegan lifestyle is important to me, but I get it’s not for everyone,” said Russo. “Unfortunately for many vegans, your dad asking if you’ll ‘ever eat like a normal person again’ or your mother-in-law still trying to feed you eggs is just part of the lifestyle. But I can see how my dietary choices might offend someone I don’t know… I guess.”

With classic meat options offered to him, Duffy reportedly avoided pleasant conversation with fellow guests, wandering around Russo’s home in search of anything to complain about — a move not unnoticed by others.

“There’s this weird, angry dude walking aimlessly in the backyard and muttering to himself,” confirmed party goer Sari Mitchell. “I don’t really know anyone at this barbecue, so I’ve been killing time just watching this loser.”