Mom Still Not Clear on What Foods Vegan Friend Can Eat 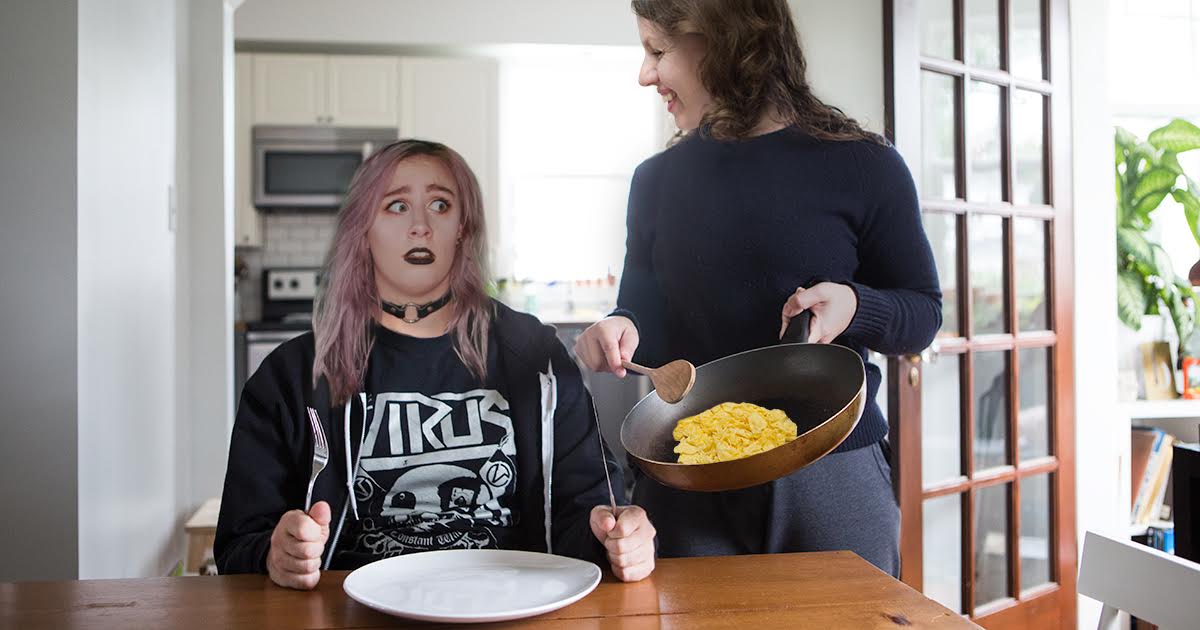 Mrs. Douglas’ ignorance of vegan guidelines is especially frustrating for her children, who don’t want their friend to feel uncomfortable when visiting.

“[Carolyn] has been vegan for six years,” said daughter Leslie Douglas, home on a college break. “Mom always offers to whip up some Velveeta shells and cheese, but when I remind her that Carolyn doesn’t eat dairy, Mom will just sort of stare off into the distance for a while.”

Mrs. Douglas has struggled despite viewing a PowerPoint presentation and many YouTube videos about the lifestyle.

“It’s one rabbit hole after another,” said Mrs. Douglas, reviewing multiple charts printed out by her children. “Eggs don’t come from cows, so she could probably have an omelette if I substituted the cheese with… I don’t know, some sort of lettuce or something? This is all a bit much.”

“I’ve been an animal rights activist for 25 years, and I’ve spent the vast majority of that time explaining veganism to my parents,” said Johnson. “Just last week, I missed an anti-factory farming protest because I was patiently telling my dad — again — why I won’t eat fish sticks. I gave him a faux-fish stick recipe from my book; right now, it’s propping up a workbench in his garage.”

Despite her best efforts, the Douglas children expressed concern their mother might embarrass them once again.

“I told Carolyn that if she comes over, she better not wear her Minor Threat T-shirt,” said Cassie Douglas, the eldest Douglas daughter. “Lord knows I don’t want to have to explain to Mom what ‘straight edge’ means for the 50th time.”