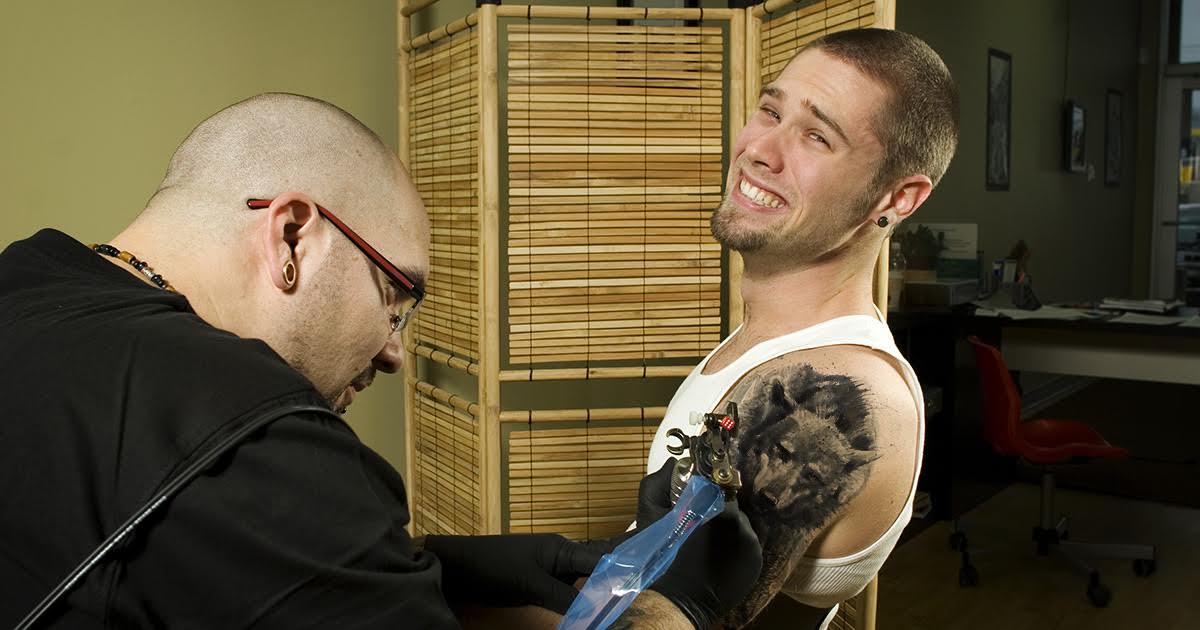 PEORIA, Ill. — Self-described wolf enthusiast Roy Greene immortalized his obsession with the animal since childhood in a hastily drawn tattoo on the upper portion of his right arm, sources report.

“You know, I’ve loved wolves from as far back as I can remember. I have wolf shirts, wolf posters, and wolf books all over my childhood bedroom and current bedroom,” Greene said, showing off his collection of wolf paraphernalia. “I was considering becoming a zoologist or even a wildlife photographer, but in the end I decided that the best tribute to the majestic beast was to let my buddy Dougie use a used tattoo machine he got at a swap meet to put a wolf on my bicep so everyone knows how much I love them.”

However, many close to Greene feel that the tattoo was probably not the best choice to honor the animal.

“The tattoo looks like a gopher with mange that was set on fire and then glued back together,” said close friend Melanie Christensen. “It’s almost a disservice to the animal, really. I think I hate wolves a little bit now. Like, he could have used any of that $250 he spent on the tattoo to go to a sanctuary or donate to conservation or something. Now whenever he wears a sleeveless shirt, which is most of the time, I have to see that terrifying image. When he flexes, its eyes follow me around.”

“I get countless people telling me how obsessed they are with wolves and I’m like great, we could really use you to boost awareness, but instead they get a howling wolf airbrushed on the side of their van, or post some online quiz that says the wolf is their ‘spirit animal,’” the dejected Dr. Hall said. “I officially love wolves more than almost anyone, but the only wolf item I own is a 2017 calendar someone got me that I haven’t thrown out yet.”

As of press time, Greene announced plans to touch up the tattoo by adding Inuit tribal symbols to honor the ancestors his grandmother once claimed they had.