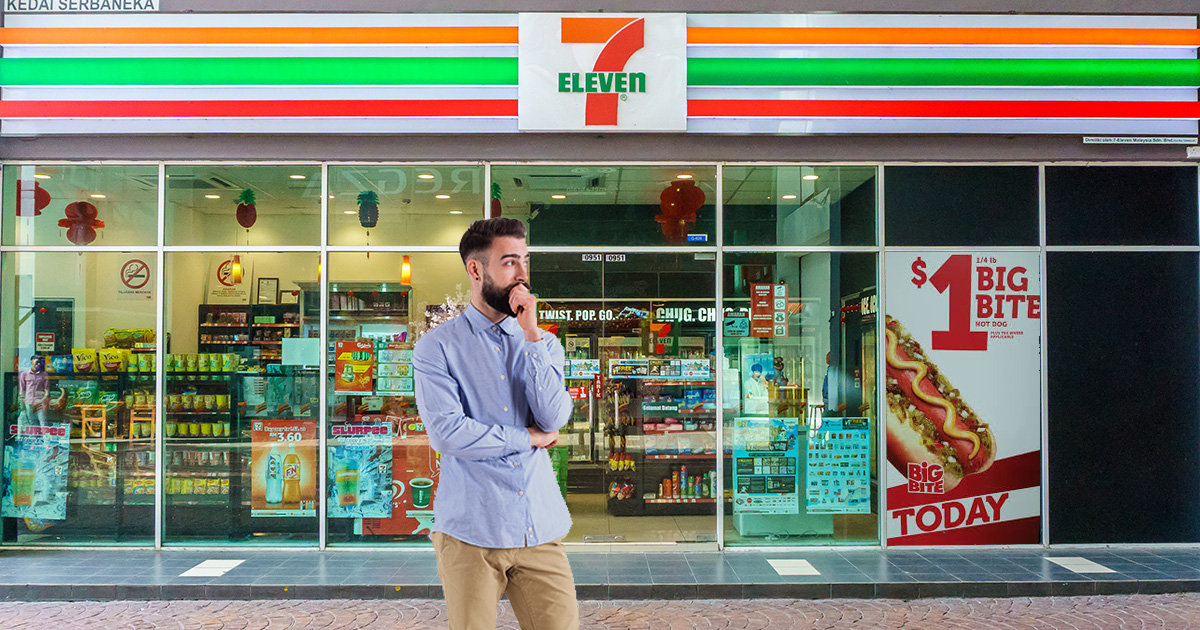 SEATTLE — Local man Todd Cohen admitted that he is slowly caving to a misleading ad for the 7/11 hot dog snack known as “The Big Bite Hot Dog,” confirmed multiple sources who saw him staring at the ad for over 15 minutes.

“I was walking by the 7/11 on Denny Way, thinking maybe I would get lunch somewhere downtown,” explained Cohen, whose willpower was crumbling to the power of 7/11 by the moment. “That’s when I saw this giant poster for the most fake-looking hot dog I’d ever seen. It was a shade of red that doesn’t exist in nature, the relish was a dull gray-green with weird orange flecks, and even the mustard looked like it was drawn on with MS Paint. I was wondering what kind of person would eat that trash, but before I knew it, I was nodding to myself that 99 cents was a pretty good price, especially since the combo meal comes with a Slurpee.”

Ronald Lovett, a long-time clerk at the Denny Way 7/11, was unsurprised by Cohen’s lack of spine in the face of the Big Bite Hot Dog.

“I see this every day,” Lovett said while misting the all-beef hot dog franks on their rotisserie. “People think they’re too good for the meat offerings we have in our oven. They come in, browsing the coolers like they’re looking for a sugar-free Gatorade Zero, and next thing they know, they find themselves in front of the hot dog station, asking me if there’s any onions that flies haven’t been on. The answer is no; it’s always no.”

“No one can stand before the might of 7/11,” Lovett added, his eyes distant.

The advertising executive responsible for the Big Bite Hot Dog ad that transfixed Cohen, Terry Bonham, was pleased to hear of the continued success of his work.

“Most people think successful advertising is about appealing to consumers,” Bonham said while tracing the original artwork for the cased “meat” with a single finger. “But nothing could be further from the truth. There’s no point in trying to convince anyone with self-respect that they want what we have. Instead, our ads are designed to target the weak, the credulous, people like Mr. Cohen who can be convinced to consume something no one ever should.”

As of press time, Cohen was staring at the empty Big Bite Hot Dog packaging in his hands and taking stock of his life.