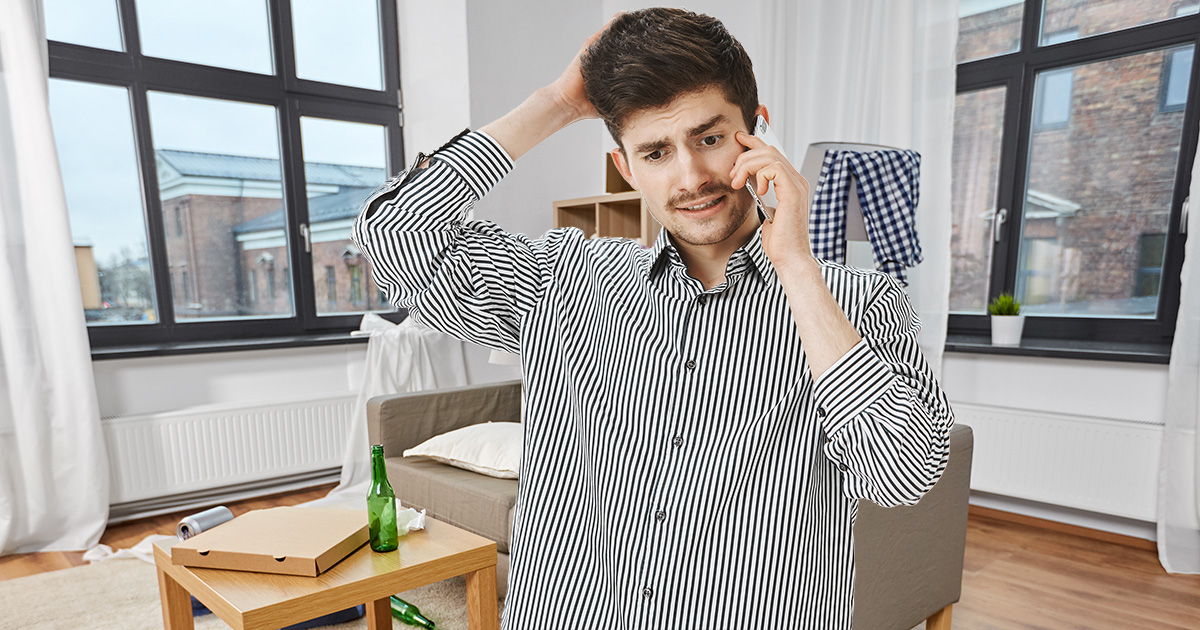 GRAND RAPIDS, Mich. — Daniel Powers is searching for an acceptable way to find out if his niece’s upcoming birthday party will be BYOB or if alcohol will be provided, according to concerned sources tired of telling him that no one actually uses flasks anymore.

“If you ask me, this is on my sister for poor planning,” Powers explained. “Now I need to come up with a way to find out what the hell is the deal with this party. She spent like, three paragraphs in the email on COVID precautions, but nothing on the booze situation. At first I figured that meant open bar, but everybody I’ve asked says the best case scenario is probably a cooler with a few stray Coors Lights. Guess I’ll have to pregame like crazy and coast on that until the afterparty.”

Many of Powers’s friends have warned his sister, Morgan Davidson, about his concerns regarding the upcoming SpongeBob-themed children’s party.

“Typical Danny, turning everything into a frat party,” Davidson said while filling up a Squidward piñata with candy. “I mean, this is an event for children that’s scheduled from 1 to 3 p.m. We’re playing musical chairs and eating cake, not doing keg stands and fistfighting the neighbors. He better not fuck this up like the time he showed up two hours late to Nonna’s 80th birthday and somehow convinced all the ladies in her gin rummy club to go in on a gram with him.”

Although children’s parties typically don’t involve alcohol, many etiquette experts advise that it’s better to explicitly state that in the invitation.

“Most people safely assume that a party where the main attraction is a couple of guys in SpongeBob and Patrick costumes won’t serve alcohol,” noted nationally syndicated advice columnist Elizabeth Taylor-Davies. “But, nonetheless, it’s best to err on the side of caution and clearly state whether or not guests are welcome to bring alcohol. Unfortunately, thousands of children’s parties are ruined each year by aunts and uncles showing up with a bunch of Natty Lights and unsolicited opinions about current events, which is completely preventable.”

As of press time, Powers had decided on bringing a bag full of Bud heavies and, if confronted, just playing it off as a birthday gift.