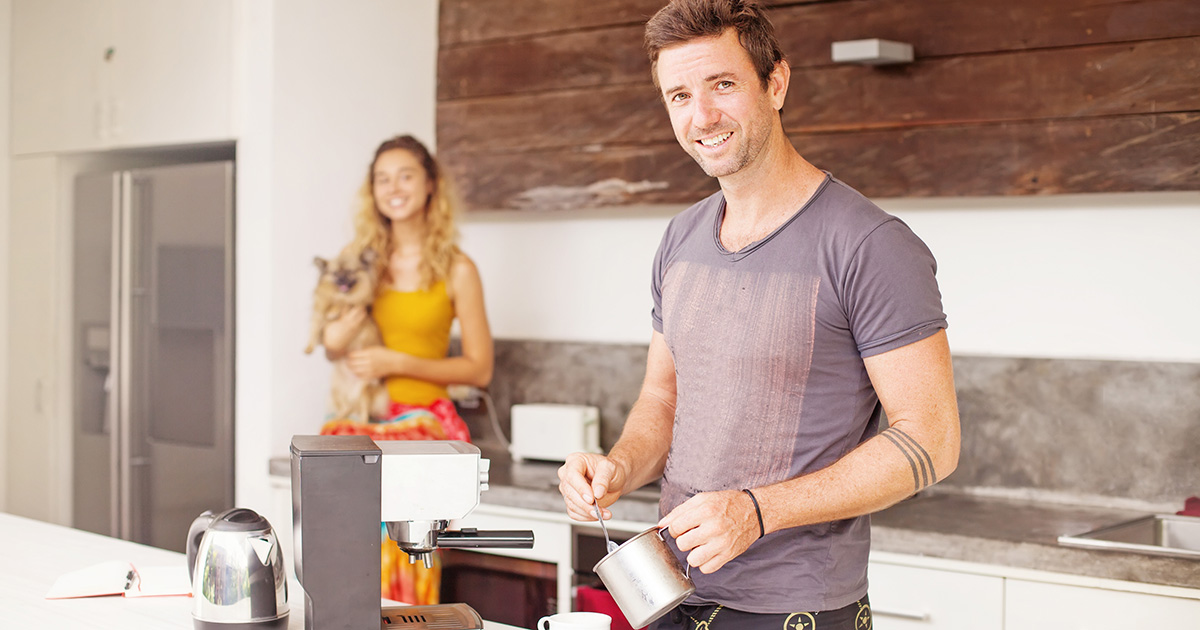 TACOMA, Wash. — Local coffee aficionado Sage Davis claimed today that he finally perfected his method for brewing the perfect cup of coffee, and all it takes is an ungodly amount of time and effort, multiple sources confirm.

“After years of blood, sweat, and tears, I have finally brewed a cup of coffee worth all the third-degree steam burns and caffeine-induced anxiety attacks,” said Davis after waking up at 2 a.m. to begin his coffee making process. “Most people called me crazy for hand-dicing each individual bean, and some people thought I was losing it when I was caught massaging a bag of coffee grounds while singing ‘Is This Love’ by Whitesnake. My own mother almost disowned me after I took her Keurig out in the backyard and beat it with a spiked bat. Well, look who’s laughing now — I just made the most coffee-tasting cup of coffee the world has ever seen!”

While friends and loved ones do their best to be supportive, few can truly wrap their heads around Davis’s passion.

“After our first date, he was adamant that I stay for a ‘quick’ cup of coffee, so I sat down and watched him start a chain of events that would’ve had Rube Goldberg checking his watch,” said Katie Lind, girlfriend of the obsessive coffee enthusiast. “I’ve learned to respect, but mostly fear, the devotion he has towards a well-made cup of Joe. One time I came over to his place with a pumpkin spice latte and his right eye started to twitch like he was going into a Vietnam flashback. Luckily I was able to get out of there before his blind rage got the better of him.”

“The true challenge is gaining the beans’ respect before the brewing process begins — it can take hours, even days,” said Neilson. “After this is complete, I then begin a journey involving two ingredients and 87 steps. If I’m lucky enough to pull each of these steps off and if I’m not incapacitated from exhaustion, I’ll deliver you a beverage that will make you say, ‘Man, that sure is a cup of coffee’.”

Davis was last seen applying for a second mortgage on his mother’s house to fund a chamomile tea venture.