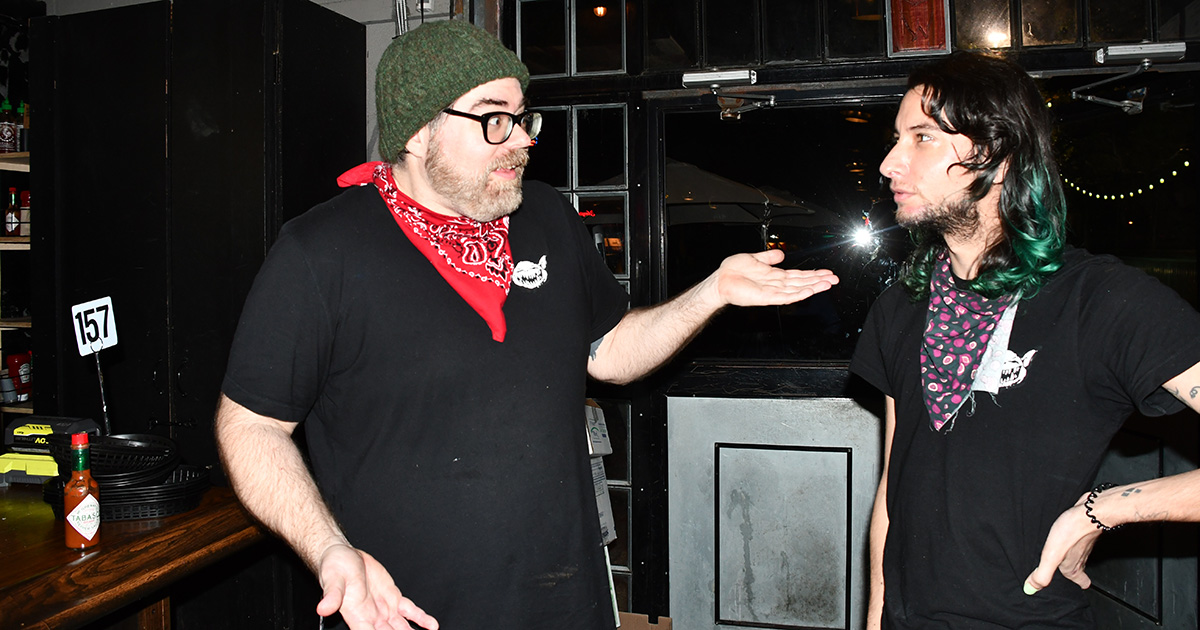 BOULDER, Colo. — Local man and obvious liar, Benjamin Walters, who was recently diagnosed with COVID, claims to have caught at “the gnarliest show” he’d ever been to, sources who wish he knew he didn’t have to try so hard confirmed.

“Oh my god, this show was wild,” said Walters, visibly sweating and not making eye contact. “Los Crudos played a secret show and there were tons of girls there and a free bar…and an ice cream truck. Yeah, it was just a once-in-a-lifetime thing, dude. Yeah. And they didn’t advertise it or review it or anything. Oh, and they banned us from posting about it on social media so that’s why I didn’t post any pics. Also, we weren’t allowed to take pictures at all. It sucks I got COVID from it but hey, shows like that don’t come around every day, you know?”

Friends of Walters have found themselves suspicious of his version of events due to previous similar situations in which Walters lied and was subsequently found out.

“He tries to pull this shit all the time,” said Walters’ high school friend, Sadie Mitchum. “When we were teenagers, he would get grounded then come into school the next day pretending he snuck out and had some crazy adventure and made out with like twenty girls, when really he’d just be on MSN Messenger trying to get Sophie Burns’ from chem class’s email address off her friends. It’s pathetic but harmless. It just means that anything that comes out of his mouth is basically bullshit.”

Those close to Walters Googled the event and found no evidence of its existence, but they did find that one band had been playing nearby on the night that he contracted COVID-19.

“I fully believe he went to a show, but the only thing going on that sounded remotely close to a ‘crazy punk show’ was a Smash Mouth cover band called The L-Shaped Fingers and Thumbs,” said girlfriend Danica Salazar. “There’s even a photo of him sitting behind their merch table on some sports bar’s Instagram, and he’s not even drinking or anything. I would be upset about him lying but I’m mostly just too embarrassed for him to say anything.”

As of press time, Walters’ condition had worsened and doctors treating him were suspicious of his story that he contracted COVID while going on a date with Michelle Obama.