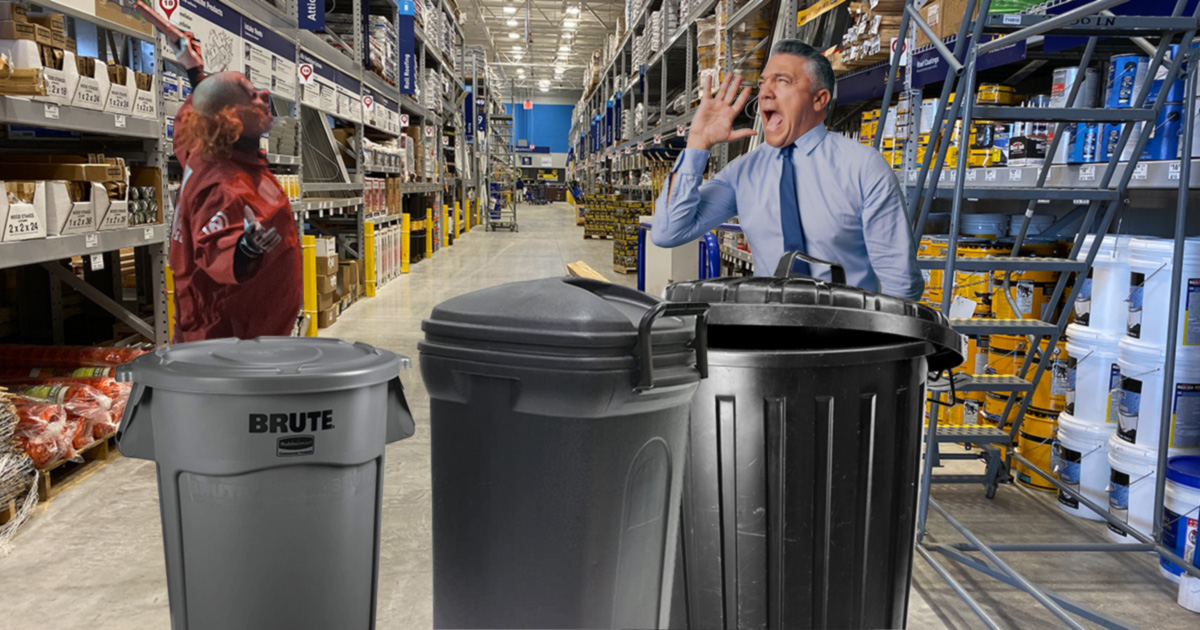 “Every weekend Slipknot isn’t touring, Clown’s here taking up space and resources: he asks some employee to pull a few cans down from the shelves, then sits there for hours playing ‘In the Air Tonight’ or ‘We Will Rock You’ using some big ass mallets he brought from home,” explained Winchester. “This isn’t a rehearsal space — we’re trying to run a business here. People come for our friendly service and expertise in all areas of home improvement, not to hear some weirdo in a prison jumpsuit and a mask play the same few drum lines over and over again.”

However, Crahan insisted that nothing will stop him in his quest for quality tone.

“Only a fucking idiot thinks all trash cans sound the same. They’re made of various polymers and synthetic plastic blends that all resonate differently,” explained Crahan, whose YouTube channel named “The Quest for Trash Tone” is growing steadily. “A trashist — that’s what we trash can players call ourselves — is defined by his or her tone. And while Rubbermaid gives you that classic American thump, I’m also intrigued by the more boutique offerings coming from Carlisle and Safco.”

Des Moines officials note that Slipknot’s percussion section has had a dramatic impact on the city’s business landscape.

“The various drummers of Slipknot have a heavy gravitational pull on our city’s resources. Did you know we now have the single biggest sledgehammer industry in the midwest?” said Kayla Denny, spokesperson for the Des Moines Chamber of Commerce. “But it’s not all good — every school marching band has a surplus of trashcan drumline players. When will Slipknot add some woodwinds so we can get some balance? How many times can a halftime show feature ‘Duality?’”

In related news, Waste Management branches throughout the Des Moines metro have enacted restraining orders against Crahan after repeated acts of trespassing to ask employees if they “want to jam sometime.”