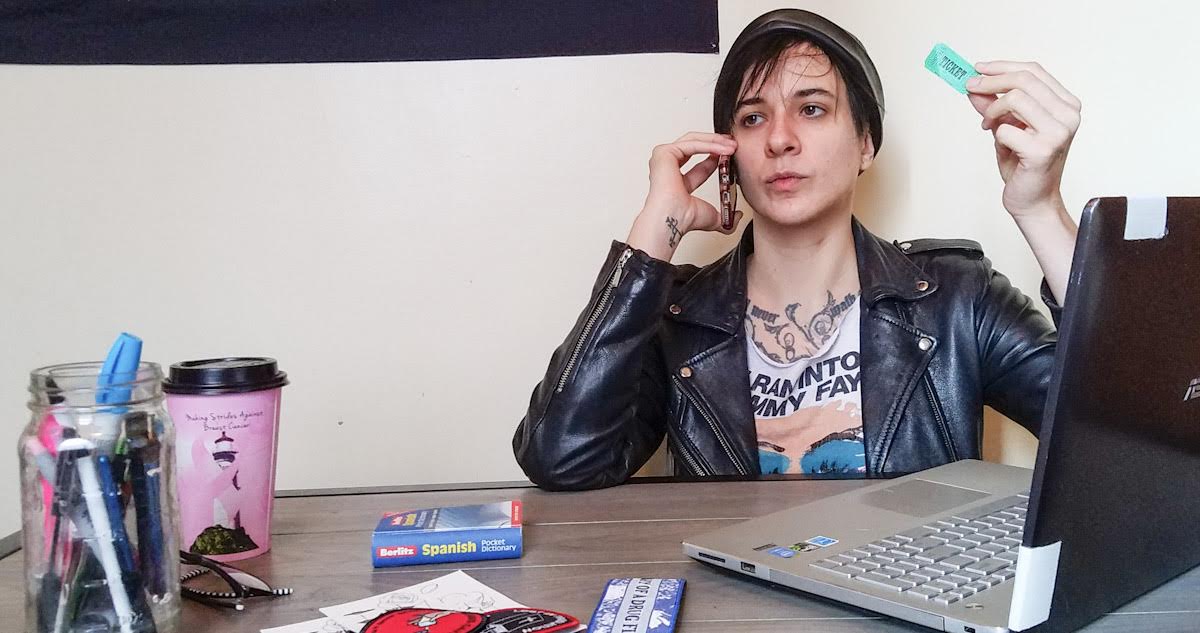 SHAMROCK, Texas — The owner of the local punk bar/venue Calico’s will donate two drink tickets to each person affected or displaced by the wildfires in Southern California, according to a statement on Calico’s website.

“Now more than ever, the scene has gotta stick together. So, for the rest of the month, anytime you come to Calico’s, have a tall-boy or a well drink on us,” said Dez Verbrugge, Calico’s owner. “But, like, also don’t be a dick about it. I already had to boot this guy who kept trying to use one for some Grey Goose. It’s like, I’m trying to be nice here, ya know? But, I mean, yeah — other than that, you’ll be fine.”

Verbrugge said he isn’t worried about the cost, as long as the residents who lost their homes and belongings can find some peace with a gin-and-tonic or a domestic draft.

“This is really the least I can do. I can’t even imagine what those people are going through right now,” said Verbrugge. “So as long as you bring two forms of ID proving you’re within the evacuation zone in California, I’d love nothing more than to take your mind off of things with a couple of non-transferable drink tickets that carry no cash value, if and when you’re in the Texas panhandle.”

Alicia Ramsey, whose apartment was destroyed in the disaster, took comfort in the generous offer.

“It’s so touching to know that there are still people in this world who care,” said Ramsey from a local shelter. “He’s even willing to send you the drink tickets by mail, if you send him a self-addressed, stamped envelope before the end of the month. If I ever go to Texas, I will definitely be cashing mine in.”

The altruistic bar owner claimed his true payment is “the smiles of wildfire victims coming to Calico’s.”

“Yeah, well, that, and I also put out a suggested donation bucket, too. But that’s only, like, $5. That’s nothing. I still have a business to run,” said Verbrugge. “Also, if you’re a displaced family, I can’t have anyone under 21 in here after 7 p.m. So come early.”

Verbrugge later clarified that drink tickets are only valid on weekdays with no shows scheduled.