Local Scene Dude Asks Girlfriend to Be His Forever Plus One 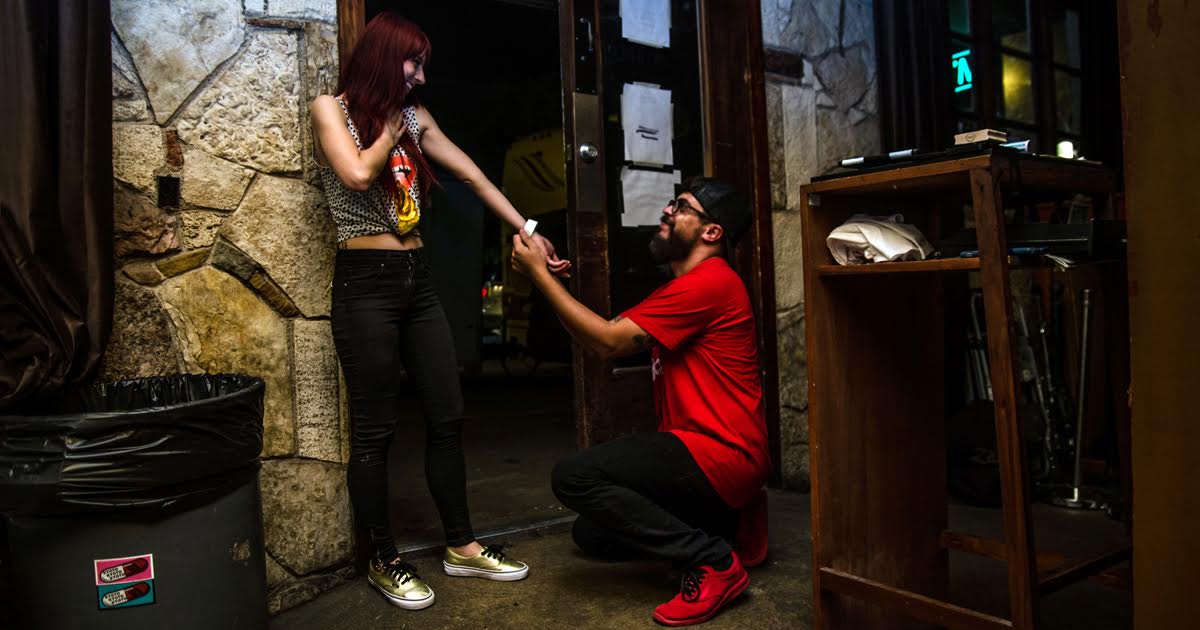 LOS ANGELES — Johnny “Fire” Ferminelli, the frontman of suburban metalcore band Seasons of Fire, pledged a lifelong commitment to his girlfriend last night, asking her to attend shows by his side as his “forever plus-one,” witnesses confirmed.

The proposal took place around 9 p.m. outside of an Every Time I Die show in West Hollywood.

“It was definitely weird,” said Tommy Greenberg, who witnessed the romantic gesture while waiting in line to enter. “When he dropped down to one knee, we all thought he was about to ask her to marry him… but he just asked if she’d be his ‘guest list partner for life’ or some shit. Honestly, I haven’t seen anyone that disappointed since the last time I saw Bad Brains live.”

Plans for the proposal allegedly began as soon as Fire saw the poster for the show, as Every Time I Die has held special significance in his relationship.

“Rachel [Garvin] and I actually met in line for their meet-and-greet, back at Warped Tour in 2015 — you know, when they actually had good bands play,” said Fire. “I was sunburned and dehydrated, and, like an angel from heaven, she appeared with SPF50 and an $8 bottle of water. I knew then and there that she was special.”

Garvin admitted she was caught off guard by the proposal.

“When he pulled out that little box, I thought, ‘Wow, this is really happening…’ But all he did was stick a shitty wristband on my arm,” Garvin said. “This wristband doesn’t do much, except get us corralled to the side of the stage — not even on the stage — with about 50 other ‘friends of the band.’ Which is cool and all, but I don’t know if I can be with a man who can’t provide the all-access pass I deserve.”

Fire privately admitted to his own mild reservations about the arrangement.

“This is a big commitment. I have a lot of friends I could give my guest list spots to, but shows are so much better with Rachel by my side,” said Fire. “I just hope she doesn’t expect half of my drink tickets forever.”