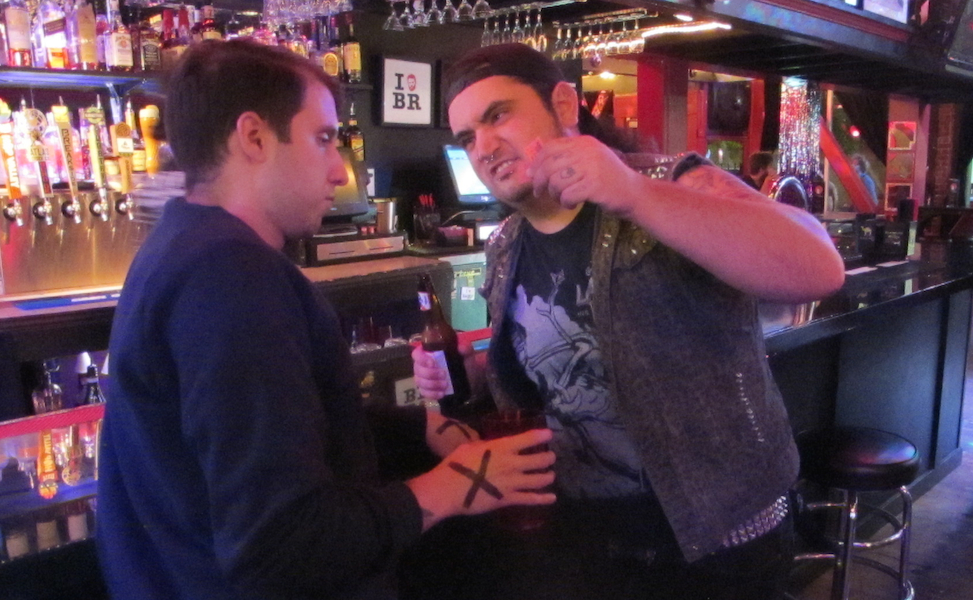 SAN FRANCISCO  — The alcohol-fueled street punk band Gutter Scum attempted tactful negotiations last night with ClearlyxStraight, the lone straight edge band booked to play the same show at the Overdive, hoping to score some of ClearlyxStraight’s extra drink tickets, according to sources close to both bands.

“All the bands were paid in drink tickets,” Steve “Chugz” Sutton, Gutter Scum’s guitarist, said. “So I thought, what’s ClearlyxStraight gonna do with theirs? They’re fucking straight edge! I knew I had to act fast before anyone else got to them, and, above all else… be diplomatic. Straight edge folk are a sensitive bunch, and it would require all the interpersonal skills I learned in my business management class to pull this off.”

With a well-thought-out plan he described as “fool proof,” Sutton soon made his move to procure a little extra compensation.

“I saw Casey [McCormick] from ClearlyxStraight standing by the bar, so I took my shot. I was real cool about it though,” Sutton said. “I was just like, ‘Yoooooo! What’s up, chief? You straight edge piece of shit,’ followed by some strategic rough housing… which, apparently, he didn’t like. After he wrestled himself out of a headlock, I told him to ‘give up the fuckin’ tickets, ‘cuz his boring ass don’t need ‘em.’”

Witnesses report Sutton, whose request was immediately denied, walked off while directing an expletive-laden tirade at McCormick, who was visibly shaken by the encounter.

“The average American drink ticket averages about $4, but when that’s all you get paid for the show, it becomes the physical embodiment of your music’s value,” renowned punk psychologist Dr. Hank “Sick-Mind Fraud” Millman said. “Therefore, they also become the quantifiable value of your personal self-worth, which leads to their inflated importance on show night… even though they always seem wasted on straight edge people. Are you going to get a virgin Shirley Temple or something? Real cool, buddy.”

To the surprise of all, each member of Clearly Straight took full advantage of the two drink tickets they received.

“Why did [those bands] think we’d just give them our hard-earned drink tickets?” said vocalist Daniel Morgan, sipping a second Red Bull. “That’s a little presumptuous. Those dudes all look pretty dehydrated… do they know these things can buy more than beer? We pooled a couple of tickets and have tater tots coming our way.”

Witnesses confirmed Sutton, ever the tactful negotiator, continued to pursue a deal with Clearly Straight, later asking, “If we can’t get those tickets, can we use your amps at least?”