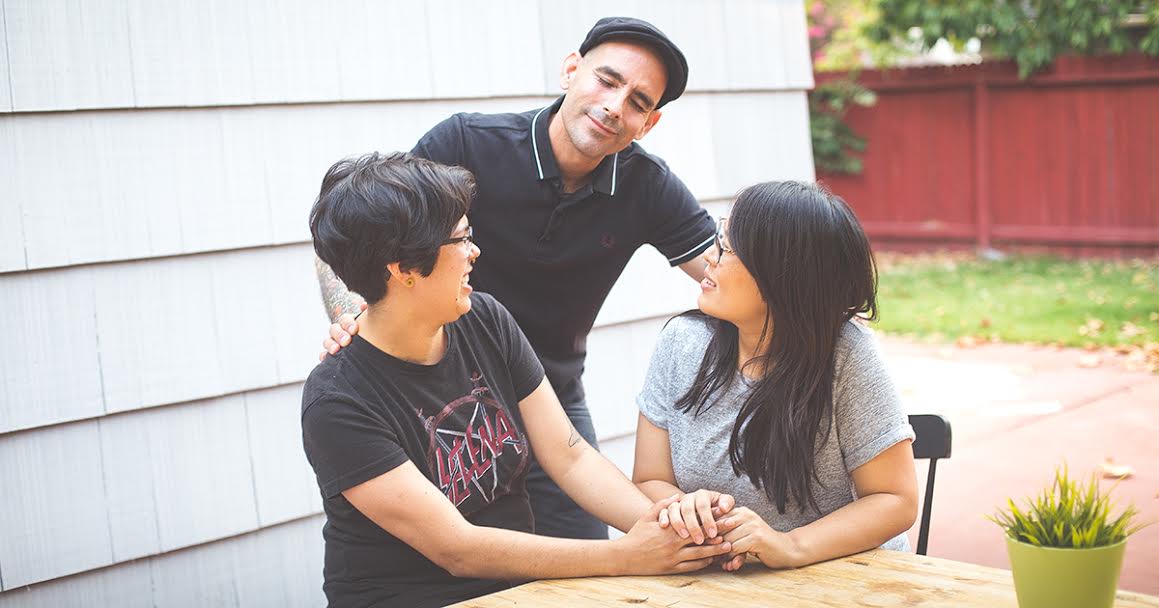 “He came right up to us and said, ‘This is a safe space for ladies to make out with whomever they choose,’” Yu said. “He was very clear it was ‘safe to do stuff’ right in front of him. We just sort of nodded and went out to our car until more of our friends showed up. No need to engage that further.”

Bachmann confirmed his “lifelong mission” to help all women, regardless of sexual preference, feel safe and comforted in his presence.

“I just wanted those ladies to know I’m an ally. I need them to know I’m an ally. That’s the only reason I interrupted their conversation,” Bachmann said. “The scene needs to be an open, sex-positive place. Like, if I had a girlfriend, I would let her fool around with anyone she wanted. That’s how woke I am. Fuck the patriarchy! No dudes, though.”

Bachmann has a long history of uninvited allegiance with the LGBT+ community, sources confirm.

Bachmann most recent photo series, Allyship: The Identity, The Struggle, The Dream, has so far received responses ranging from unenthusiastic to scandalized.

“The galleries don’t get it,” Bachmann said. “Allyship is progressive. It casts a harsh, blinding light on marginalized babes. The framing lets us — the male viewers — gaze through these ladies’ garments and into their hearts.”

Witnesses claim Bachmann left the gala in a hurry to document topless demonstration at a protest rally downtown.