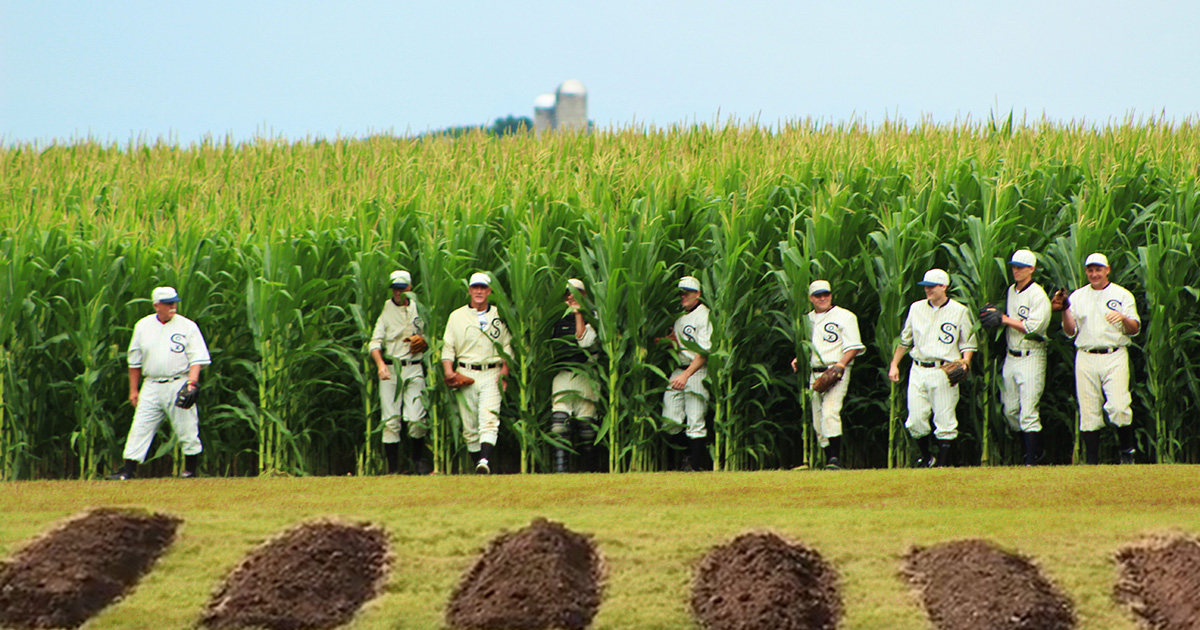 DYERSVILLE, Iowa — The magical “Field of Dreams” that once hosted the ghosts of baseball greats like “Shoeless” Joe Jackson and Mel Ott has been transformed into a mass, unmarked grave for the small town’s many COVID-19 fatalities.

“After we filled the cemetery, we unfortunately had to start digging up that mystical baseball field. Sure, we could’ve avoided all this by simply wearing masks, but this is America. Don’t tread on me, pal,” said Dyersville Mayor Chuck Hamilton. “But now in addition to the dead ball players, the spirits of everyone who has been buried in the field keeps showing up, too… which has made games nearly impossible to play. Apparently, ghost Richie Ashburn sprained his ankle after he tripped over a fresh corpse.”

While the impromptu gravesite has solved a community problem, recent additions to the “Field of Dreams” aren’t very happy.

“I assumed after being a devout Catholic my whole life, I’d be rewarded with eternal paradise. But after I died I was instead handed a glove, told I was batting sixth, and pushed out to right field,” said newly recruited ghost outfielder Davey Anderson. “At first I thought it was cool to play baseball in the afterlife. But it’s like, all we do, nonstop. And this game is so goddamn boring. Can’t we throw around a football once in a while? I’m realizing I’m definitely in hell.”

While players are struggling with the idea of spending an eternity arguing about who gets to play shortstop, President of Posthumous Baseball Scouting Terry Linn sees an untapped talent pool.

“Thanks to all the new bodies buried here, we’ve had some great baseball over the past three months. But the recent outbreak of COVID among current MLB players could really open things up for us,” said an excited Linn. “I’m really hoping Aaron Judge or Mike Trout contract this horrible, deadly respiratory illness so they can come play for us. They would really help fill out our lineups — we need a winning season.”

When reached for comment, original builder of the “Field of Dreams” Ray Kinsella was too busy arguing with his ghost father about Pete Rose’s Hall Of Fame eligibility to respond.