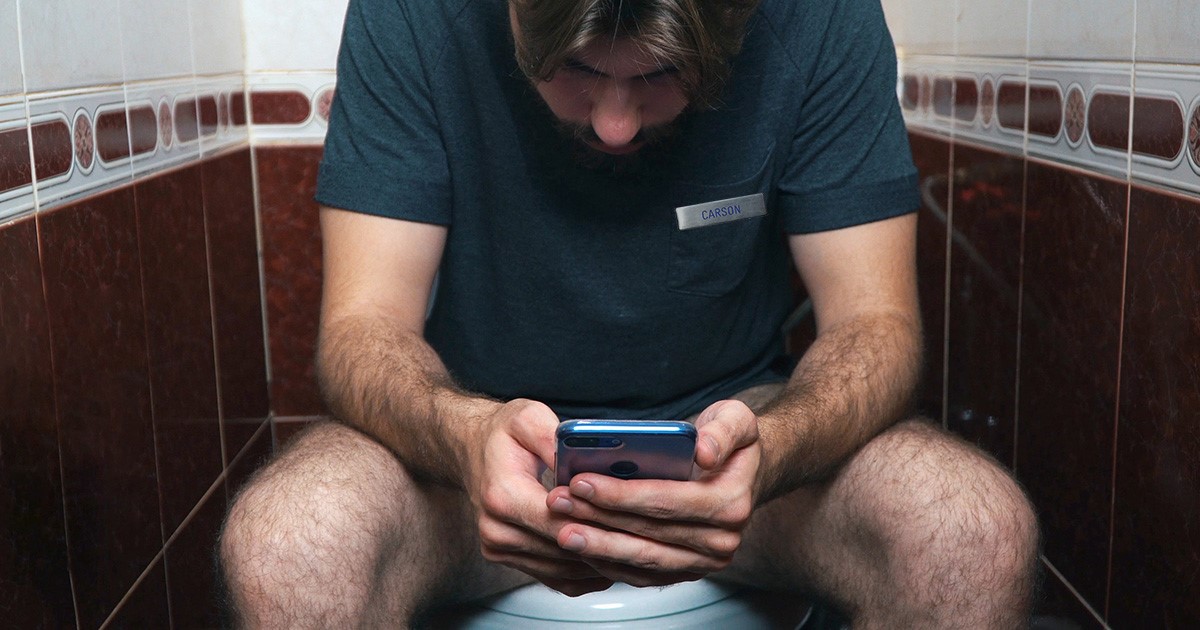 “It really takes a certain measure of bravery,” said Patterson. “I used those three minutes to think about my fallen brothers and sisters, who don’t get paid breaks and aren’t able to pretend to shit as well as I do. Them, and my comrades who take customer complaints while I’m listening to some dude dribble pee all over the floor. That’s who I think about while I’m scrolling Twitter on my phone.”

“If you think about it, what he’s doing is truly brilliant — some people use a good chunk of their lunch break to make a move like that; others will hold it until they get home. But not Carson. Not today,” said Jennifer Martin, a fellow cashier at the Family Deal Center. “I took up smoking just so I could go outside every once in a while. I wish I would’ve thought about taking extra bathroom breaks. Would’ve saved me a lot of money.”

However, Patterson’s technique of getting extra time to himself may not be as inconspicuous as he thinks.

“Oh, come on. I totally know what he’s up to. How much time does a human really need to spend in the fucking bathroom?” said Jill Kruger, Patterson’s shift manager. “He’s not sly at all — he always winks when he tells me he’s gotta go again. Honestly, I’d much rather he just disappear without him telling me, ‘Aw, hey, boss, I ate a burrito the size of a football last night and I gotta go hang a rat real bad.’ Even if that’s a total lie, it’s still not something I want to hear.”

At press time, an elderly customer was knocking on the door of the Family Deal Center’s one-stall bathroom, begging to whoever was in there to please hurry up.