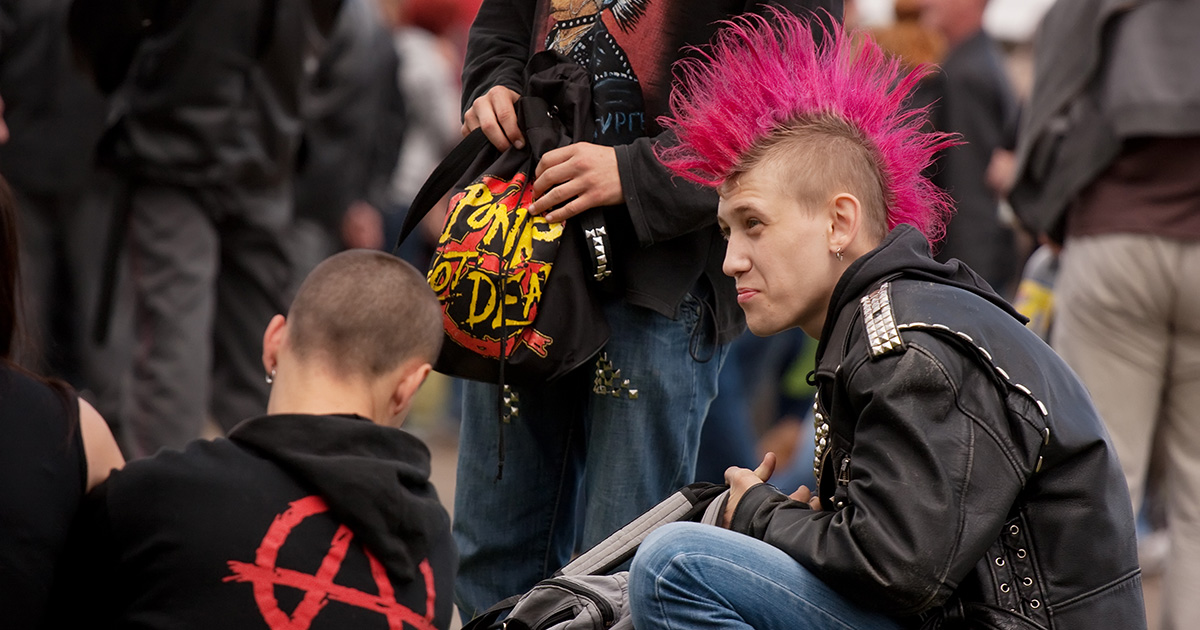 EARTH — Punks around the globe who are unsatisfied with oppressive global systems designed to benefit a few powerful individuals at the expense of everyone else once again failed to complete their goal of breaking humanity free of this forcibly self-maintained prison in 2021.

“It was going really well at first with all the Covid lockdown protocols keeping the corrupt capitalist economy weak,” said punk Michael “Inky” Weston who is based in Sussex, England. “But once again we couldn’t get our shit together. A bunch of punk scenes spent most of their time drinking themselves stupid, and don’t even get me started on all the crusties huffing spray paint instead of trying to collapse the banking system. And of course none of our American allies could risk losing their health coverage, so they all bought in out of self preservation.

Some punks took a more passive approach by attempting to leave society altogether, with the aim of weakening the system by not contributing to it.

“I banded together with a group of friends to live off the grid in the rainforest, but that plan fell apart when we realized that it’s basically gone at this point,” said Brazilian punk Alanza Alvez. “I mean there’s a bit but it’s protected, sort of. So we couldn’t justify going in there and taking that limited space away from wildlife who need it. In the end we just found a strip mine and squatted there for a bit until the lockdown was lifted. Then once business resumed the owners of the mines threatened us with attack dogs if we didn’t leave. We had to leave and the five of us got a one bedroom apartment to share in Rio.”

One major factor contributing to the failure of the international punk scene’s resolution to take down the system was the success of the one percent’s resolution to continue the exact same way they have been for generations.

“I’m really proud of the growth I’ve accomplished this year,” said Elliot Hanscomb III, CEO of the investment firm Dunstable Powers. “To celebrate my company moving into the Chinese sector I bought myself a platinum statue for my hedge maze. I mean just look at the detailing on those perfect teeth. It was a lot of work paying those cops to clear out that village so we could extract the necessary materials from underneath it, but in the end I think it was worth the effort.”

The international punk scene is optimistic that 2022 will be the year they finally free us from the system, as they have just stolen a brand new day planner.