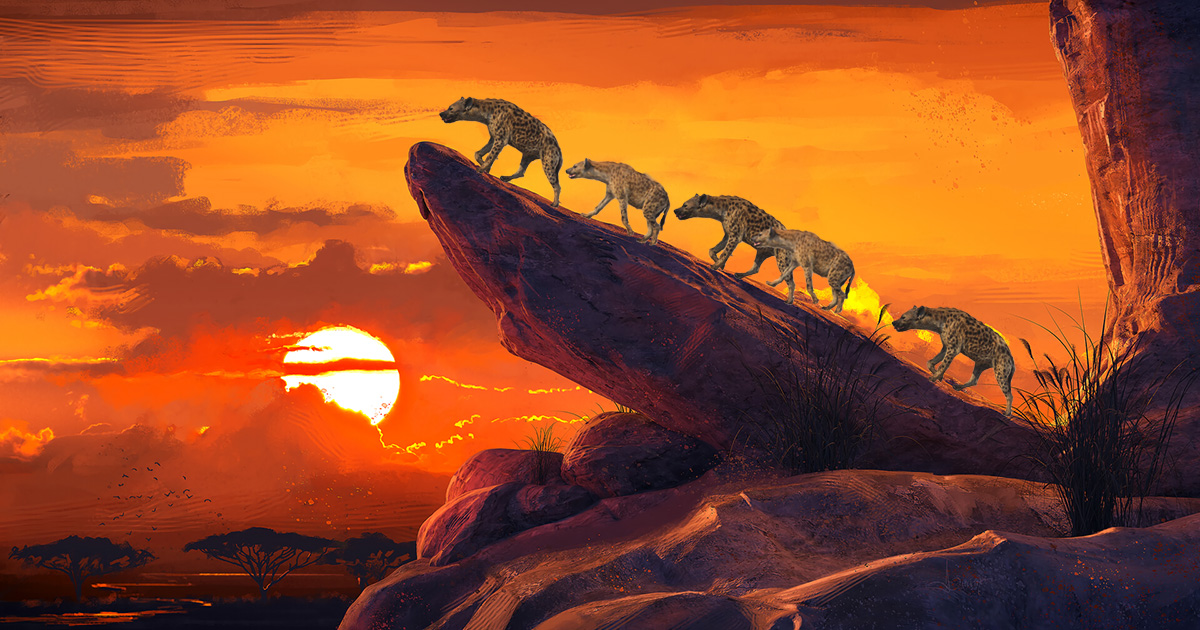 “I don’t care what anyone says, there is no way Scar lost to Simba,” said hyena and Scar supporter Banzai. “You should have seen the rallies that Scar had leading up to this. There was dancing, marching, and lots of eerie green smoke. Plus, this super catchy song about how we should be prepared. I don’t know a single other hyena that supported Simba. Besides, I’m not even sure Simba is eligible to be king because I heard his father Mufasa wasn’t born in Kenya. I bet the fake Gnus media won’t tell you that though.”

Simba, who is expected to be sworn in soon as King, was shocked but not surprised by the hyena attack.

“After being in exile for four years I can only imagine the damage that Scar’s lies must have had on the kingdom,” said an exasperated Simba. “What’s unbelievable to me though is the fact that they’re still supporting Scar even though he is literally dead. And I didn’t even kill him. The other hyenas ripped him to shreds. But now the conspiracy theory around the watering hole is that it was actually a bunch of meerkats in hyena costumes that killed Scar. Unbelievable.”

Among the common animal folk, one antelope shared their ambivalence towards the situation.

“I don’t doubt that Simba is the rightful king of Pride Rock, but I don’t really see a difference between the two monarchs,” said the antelope who asked to stay anonymous. “Both groups exploit us herbivorous animals by hunting us down and feasting on our flesh. It matters very little to me if the name of my butcher is ‘Scar’ or ‘Simba’ or even ‘Mufasa.’ Still, it did start to rain after Simba took over, and correlation does equal causation. Plus, I heard he mostly eats bugs anyway.”

At press time the hyenas were overheard saying they will never refer to King Simba’s wife Nala as “Queen.”