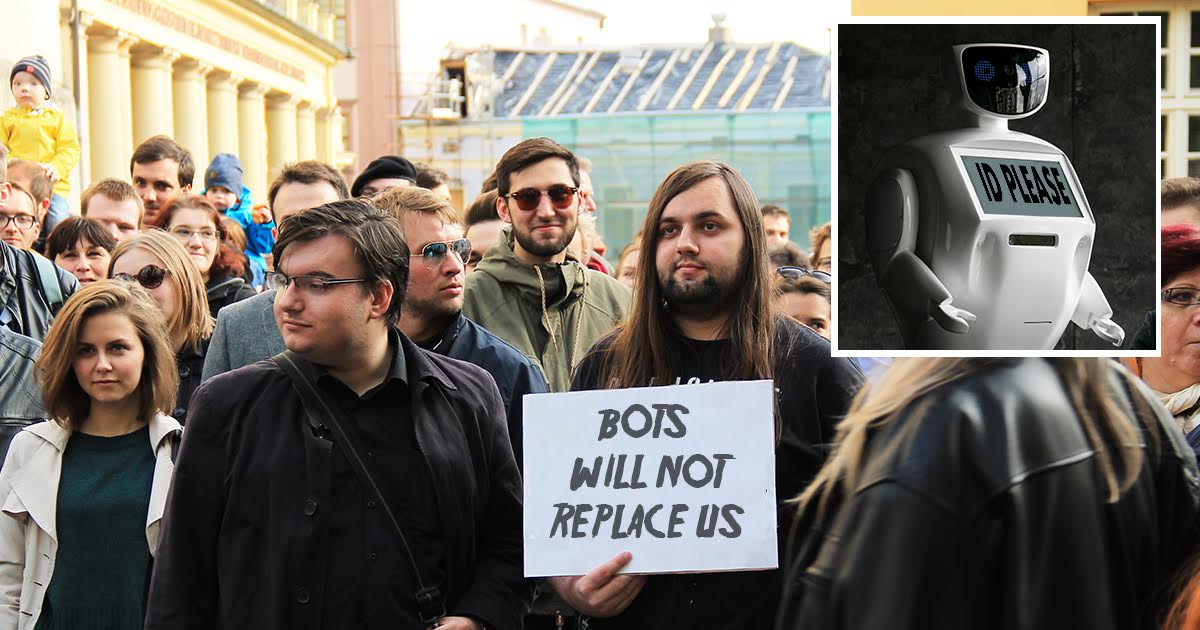 “We’re out here today to defend our job security, and protest what we feel is, frankly, wicked fucked,” said Raul Belano, a door guy at the Allston nacho bar and Irish pub, Dipping Up to Boston. “I mean, how the fuck are you supposed to dish out wristbands if you don’t even have any wrists? It don’t make no fuckin’ sense, dude guy.”

Scientists at top universities around the globe have been perfecting automated door guys for years, and insist that the potential job loss is merely the inevitable side effect of progress.

“Make no mistake: automation is an economic reality,” said Laurie Cho, a lab assistant at the Massachusetts Institute of Technology. “We’re confident that, in time, people will come to view the automated Guard Utility Individuals [GUIs] as just as capable as their human counterparts. Be on the lookout for Door GUIs to hit the marketplace as soon as 2020, once we work out the kinks on the insta-stamping, guest list identification, and stool sweat ass-scratching modules.”

Venue managers across the country have been eagerly anticipating the chance to test the robots in their establishments.

“Some of the prototypes I’ve seen are really promising. The more advanced models even have a bad breath replicator, and can openly and indiscriminately gawk at any female attendees’ cleavage,” said Donny Lombardo, general manager of the Snake Shack in St. Louis.

Meanwhile, door guys from all over the globe insisted that robots will never be able to replace the human touch a living, breathing door guy brings to the job.

“Working the door — or, ‘lockin’ down Satan’s unholy gateway to rock ‘n’ roll,’ as I sometimes call it — ain’t something you can just teach,” said Lou Walton, door guy at the Inhaler, an Indianapolis bar and vape lounge. “Where were these robots during the great wristband shortage of ’93? How about the fake ID crisis back in ’02? That was proving-ground shit.”

However, the protest dissolved earlier than intended, sources report, as the majority of attendees left to go smoke without finding someone to cover their positions.