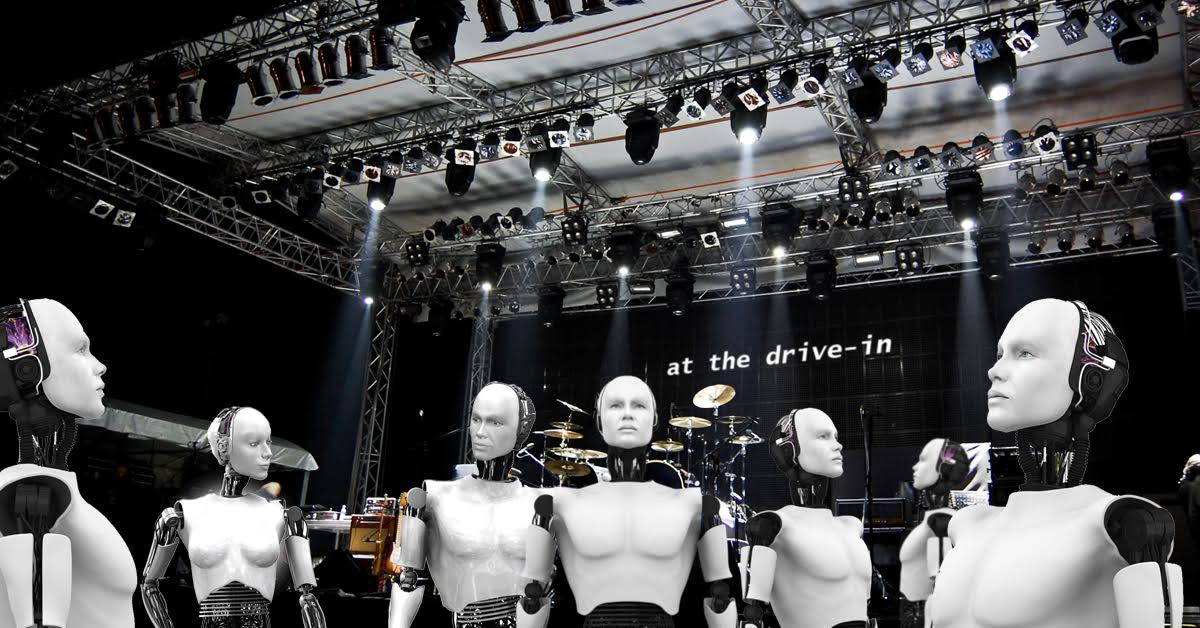 THE INTERNET – After teasing fans for a month with an online countdown, seminal post-punk band At The Drive-In revealed they would be embarking on their first tour in nearly 20 years. However, as ticket sales began last week, it quickly became evident that every show would be attended almost exclusively by ticket-scalping robots.

A representative for Ticketmaster spoke with The Hard Times regarding the vendor’s ticket sales policies.

“We utilize a revolutionary, digital ‘Waiting Room,’ which ensures that each one of the thousands of disembodied ticket-purchasing automatons has a randomly assigned place in a virtual line,” said the rep, whose voice echoed from atop a pile of gold bullion. “We feel this is the fairest way to ensure that every robot has as much chance as the next to purchase an unlimited amount of tickets through an untraceable Hong Kong bank account.”

“I was online 30 minutes prior to tickets going onsale, tapping F5 like a mad man,” said actual human being Joe Thompson, “but when I got in, no tickets were left. I have loved this band since I saw them at Lollapalooza in 2012 — they should reserve tickets for long-time fans like me.”

“I couldn’t be more excited to see At The Drive-In,” said BXSYSS, a ticket-purchasing computer program going to the show. “I was initially going to throw these on Stub Hub with my 200 Brand New/Modest Mouse tickets to make a couple thousand extra dollars, but I think I may actually use all 900 of these!” continued the jumble of 1’s and 0’s designed to eliminate reasonable live-event pricing.

At The Drive-In vocalist Cedric Bixler-Zavala took to Twitter hours after tickets sold out nationwide to help assuage the fears of die hard fans worried they would need to pay exorbitant, scalped prices to see their favorite band, tweeting, “Save those kola nuts! We’re adding 2nd dates in a bunch of cities for all you algorithms that didn’t get tix.”

“Try applying for a job at the venue — bar back, security, janitor — that is the only way you will outsmart me. I can not be beaten. I can not be stopped.”