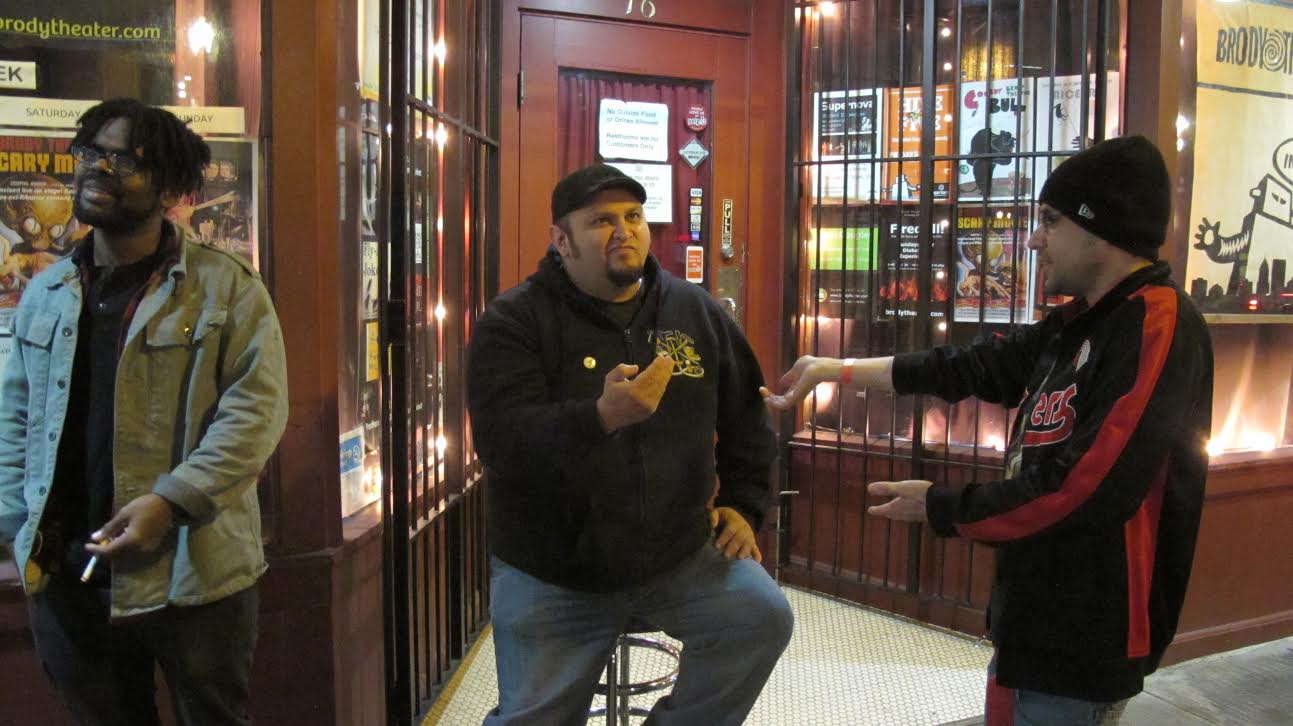 KINGSTON, N.Y. — A complete dork reportedly kept flashing his wristband “each and every fucking time he re-entered the show,” according to Kevin Wurtz, the door guy at the popular music venue, The Anchor.

Slouching on a wooden stool near the venue’s entrance, Wurtz recalled the dweeb’s behavior. “It was like he thought I was going to tackle him and kick him to the curb if he didn’t display his ‘credentials.’ This is a Wednesday night show, not some top-secret government lab.”

Several witnesses observed the dork displaying and pointing at his wristband conspicuously as he re-entered the venue even after Wurtz was seen rolling his eyes in response.

“I’m like, come on, you little goober, there aren’t even 10 people here tonight!” Wurtz said. “My memory’s not great, but I think remember one fucking dweeb.”

Making matters worse, sources report the unnamed weenie exited and re-entered the venue many times throughout the evening. “At least a zillion times, maybe more,” Wurtz said. “It’s like he was roasting a turkey in the parking lot and had to keep running out to baste it. I guess he wasn’t really enjoying the bands that night, though I can understand that.”

“Every time he’d leave, he’d stash his beer in this clever little hiding place on the window sill behind the ATM. Most people just leave their drinks on the bar and maybe put a napkin over the glass, but this guy… nobody was going to steal his drink, that’s for sure!” Wurtz said with a laugh.

“I don’t know what he kept going out there for… he didn’t really look like a smoker,” said Tina Wilbur, a local who also attended the show. “Maybe the nerdball has a crush on some chick who smokes?” Anchor bartender Frank McCarty added that “the Mexican place down the way has a new sign,” and posited that perhaps the dork was going outside to look at it.

Authorities have not yet commented officially on the dork’s possible motives, but the incident has made Wurtz reconsider his policies.

“Maybe I should just do away with the wristbands. I don’t really need them — I can usually remember who went outside to smoke. But I gotta say, it’s one of the few pleasures of this job, putting one of those on some dude with hairy arms and watching him wince when he bends his arm and the thing rips half his arm hair off,” Wurtz chuckled. “Yeah, that’s good stuff.”