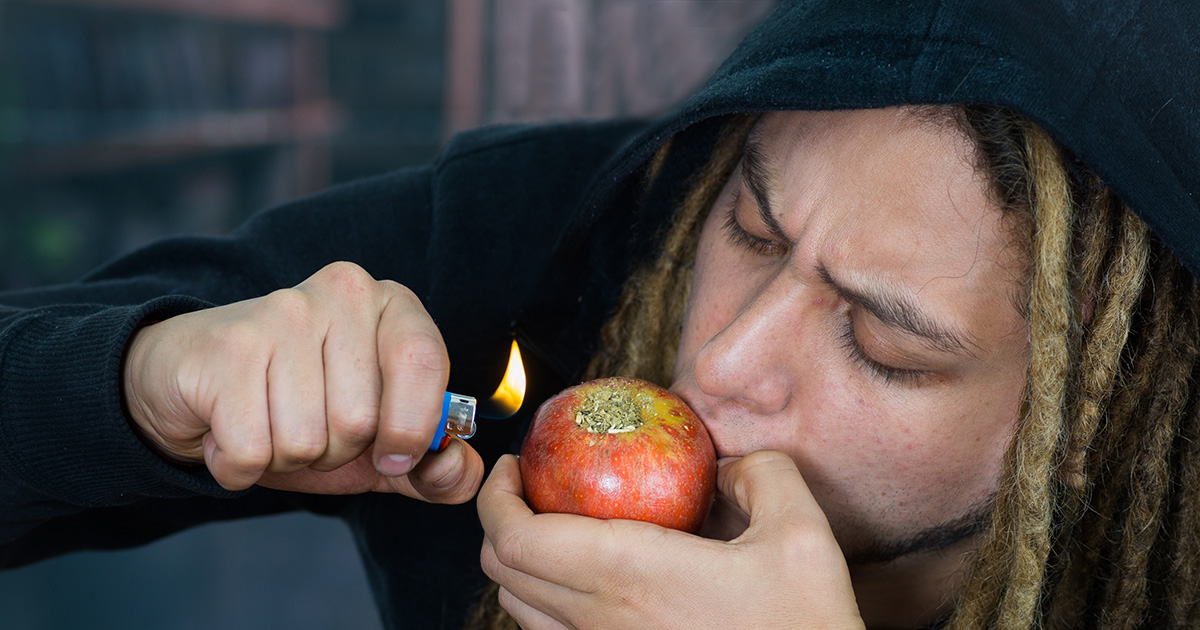 “It was pretty crazy,” said James. “I couldn’t find my piece anywhere, so I remembered how we all used to make pipes as kids. I carved up the apple, brought it to my mouth and then BAM! I was hit with this flavor sensation I could never have imagined. It was sweet, kind of like a watered-down Arizona Arnold Palmer, and crunchy, but not crunchy like how Takis are crunchy. Who would have thought that fruit actually like, tastes good?”

This phenomenon is not entirely uncommon, according to nutritionist Diane Seisman.

“The majority of the average American’s fruit consumption is accidental, and that number rises dramatically among stoners,” reports Seisman. “Typically about four to five ounces annually, most of which can be attributed to garnishes in cocktails, pastry toppings, and certainly home crafted marijuana paraphernalia. Pipes are a great first step in reintroducing the concept of fruit. Edibles have also been an excellent way of sneaking nutrition in with recreational marijuana. Throw a handful of raspberries into a pot brownie, chase it with a Bloody Mary, and you’ve almost got what would qualify as a balanced meal.”

“I’ve been living with Lukas for about two years now and I’ve never seen him purchase a single piece of produce, or any food that’s not beige, for that matter,” Mendoza reported. “I guess for a while he was really into Toaster Strudel, but that was as healthy as he got. I’m pretty sure his body has learned to metabolize vitamin C from Starburst, so this is a really big deal. I hope he doesn’t have a reaction or something.”

At press time, James had made a one-hitter out of a baby carrot, a water bong out of a pineapple, and was “even thinking about eating some, maybe tomorrow.”