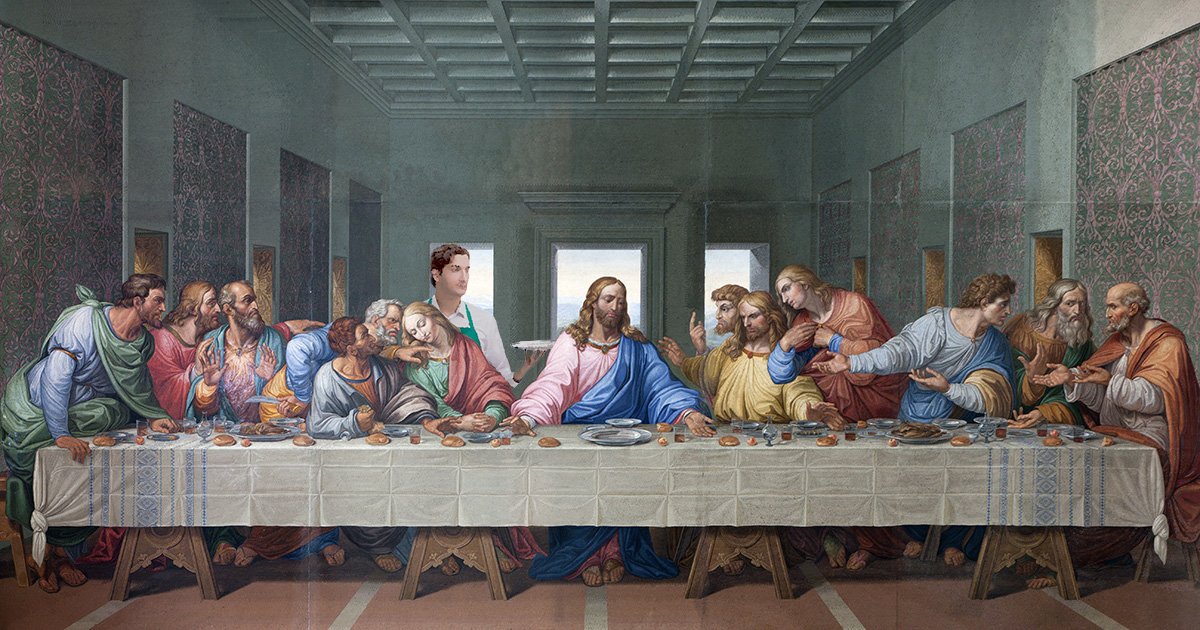 JERUSALEM — Archeologists from Brown University made a bombshell discovery late last week in a long-lost scripture describing Jesus being super rude to the waiter at the Last Supper.

“We are just as astonished as anyone else, and frankly we were reluctant to reveal our discovery. But we felt it does hold significant historical value and acts as a crucial puzzle piece explaining why the after-church crowds are so openly hostile to the service industry workers,” said Dr. Annette Langston. “It was surreal to read that Jesus demanded their table be moved three times because it was too close to the bathroom, only to exclaim afterward ‘do thy know whom my father is?’ I can see why this was kept hidden for so long.”

The scriptures had been held up to extreme scrutiny by the Vatican for months before the findings went public.

“After comparing these scriptures to our archives, we can confirm that these are indeed the writings of St. Matthew, describing Jesus snapping his fingers at the waiter to get his attention. While these scriptures reveal the Son of God to be less of a savior of humanity and more of a petty control freak, we do want to reiterate that he still does love everyone, and that he was probably just hangry,” said Cardinal Gustav Vargo. “The more our scholars look through this text, it does appear it was even unknown to Jesus that it’s easier to pass a camel through the eye of a needle than to procure a 12-top without a reservation.”

News of the first new bible verse in hundreds of years has turned the world on its head, particularly for the millions who work in the service industry.

“Well this explains literally everything, doesn’t it? I always wondered how a benevolent prophet who preached peace and love could beget such insufferable followers. At least now I know when the Sunday crowd beelines straight from church to our restaurant and only orders water, they’re actually doing it in Jesus’ name,” said Jeff Stein. “I mean that part about him demanding they make him a dish that wasn’t on the menu anymore was spot on. It figures that today’s Christians would justify their behavior based on cherry-picked Bible verses, even ones that were hidden for millennia.”

As of press time, researchers in Italy discovered a fresco corroborating the content of the scriptures, depicting Jesus rolling his eyes at the manager when being told the kitchen was out of ranch dressing.