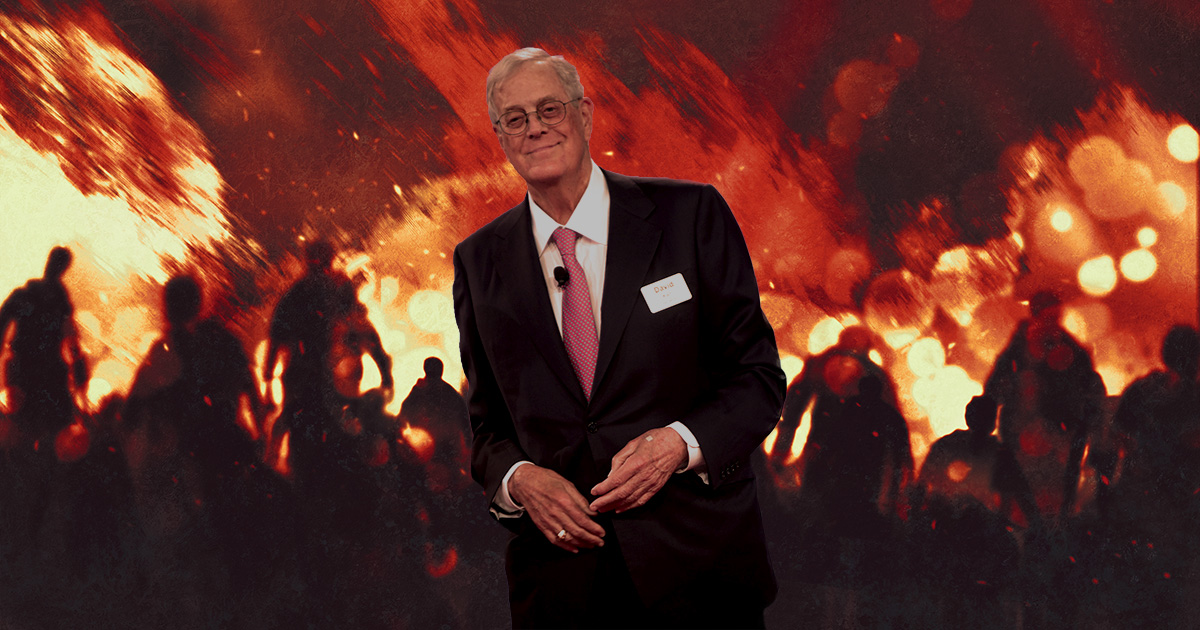 NINTH CIRCLE OF HELL — Denizens of the underworld are welcoming significant infrastructure improvements over the next few weeks as the newest arrival, billionaire David Koch, adopted the official Highway to Hell, sources suffering for eternity confirmed.

“The first thing I saw when I got here were the hollow-eyed, tortured souls dodging flame-spewing potholes cluttering the road. It certainly wasn’t pretty to look at… and moving so slowly. And I was in the express lane!” said Koch. “Thankfully, when you go to Hell, you can take all of your money with you, so fixing up the road in exchange for not being boiled alive for all of eternity was a no-brainer. And with the addition of the toll booths, we’ll have the funds to maintain the road for at least a millennium.”

Demons of the First Hierarchy, initially eager to tear Koch’s soul to shreds for his selfish betrayal of country and humanity, were pleasantly surprised by his philanthropic offer.

“The Highway to Hell has long been the best means of carting the souls of the damned to their respective circles of torture and unspeakable horror… but in the last few years it’s really been falling apart, what with the uptick in traffic,” said Soneillon, the fourth prince of Thrones. “When David arrived, he immediately offered to pave it all the way from limbo to the frozen hellscape of Treachery.”

Highway to Hell’s sponsorship did not go unnoticed by the Dark Lord himself, Lucifer.

“Oh, man… David. I was so ready to personally tear him limb from limb, reassemble him incorrectly, and tear him apart again for the rest of time. I met him personally at the gate, too, so I could start beating him with a sock full of quarters — I was going to call it the ‘Hand of the Free Market,’” laughed the Prince of Darkness. “But then he got talking, and he started making a lot of sense. Why should I be responsible for infrastructure costs when we have so many billionaires here to take care of it for me? Plus, I can make the souls trapped here for Lust do the cleaning and paving. That’ll keep their minds off of fucking for a while.”

At press time, Lucifer reported that he was going to torture Koch anyway, now that the increased efficiency of the Highway enabled him to build a new circle of Hell just for GOP lobbyists.