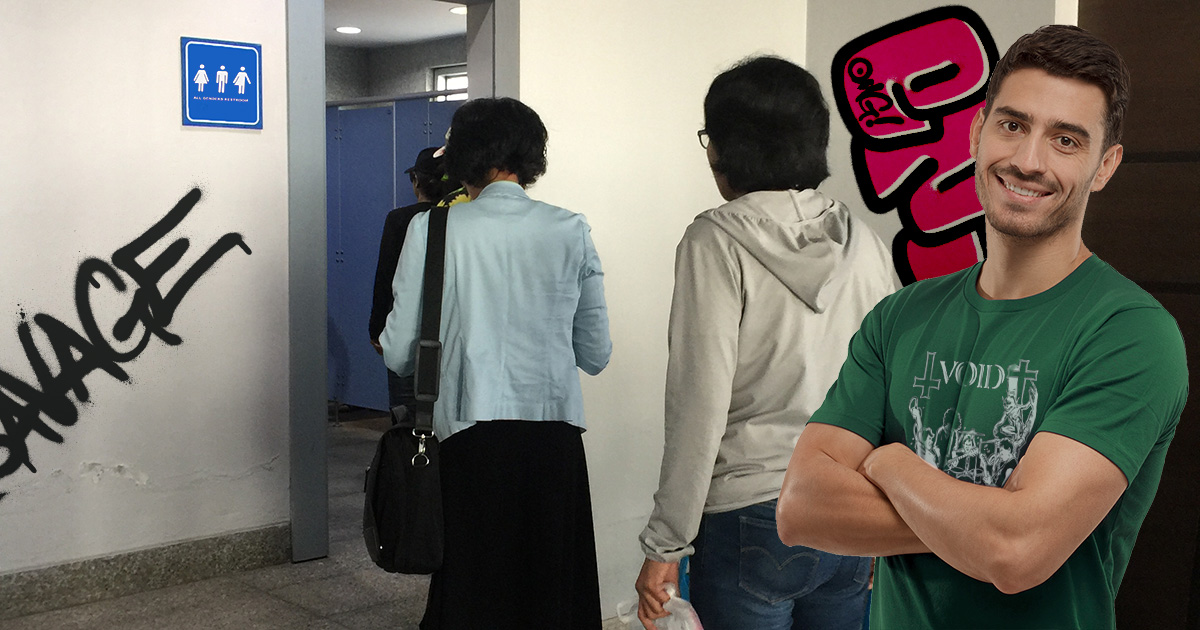 TACOMA, Wash. — Local music fan Don Glenswig was elated last night to discover a long line for the bathroom in which to waste time while attending a show by himself.

“This bad boy is at least like, 12 people deep,” said a visibly relieved Glenswig of the restroom line that would allow him to look inconspicuous as a lone show-goer. “We’re talking one, single-serving, unisex bathroom, baby!”

Glenswig, who had only left home to see the bill’s middle band, We Were The Accidents, had been nervously wandering the venue for a short time before discovering the long wait.

“I bribed the sound guy to tell me exactly when [We Were The Accidents] would go on, but they must be running behind schedule,” he explained. “And when I saw the owners got rid of the Mortal Kombat II machine, I started to panic. But if I let a couple people go ahead of me, this line should get me all the way through soundcheck.”

Glenswig, whose few friends mostly had early work or kids at home, acknowledged the modern challenges of passing as someone not completely alone.

“Blending in by yourself isn’t as easy as it used to be,” Glenswig said. “The ‘looking at your phone’ angle is played out. People are on to it, and they know whoever you’re pretending to text isn’t coming. I’ve had to get creative — I hate cigarettes, but I’ve actually taken up smoking so I can stand against the wall outside without looking like a creep. One time I even grabbed a broom from the bar and made myself useful.”

The 34-year-old man ultimately admitted that, despite their communal nature, he is less interested in the social aspect of concerts as time goes on.

“At this point in my life, I’m not even really looking to meet new people when I go out,” Glenswig claimed. “I know what I like, and I want to see it and go home. But who knows, I’ve enjoyed talking to you. What are you doing after this? You want to get some nachos?”

When reached for comment, none of the concert’s other attendees had taken note of Glenswig’s presence whatsoever.