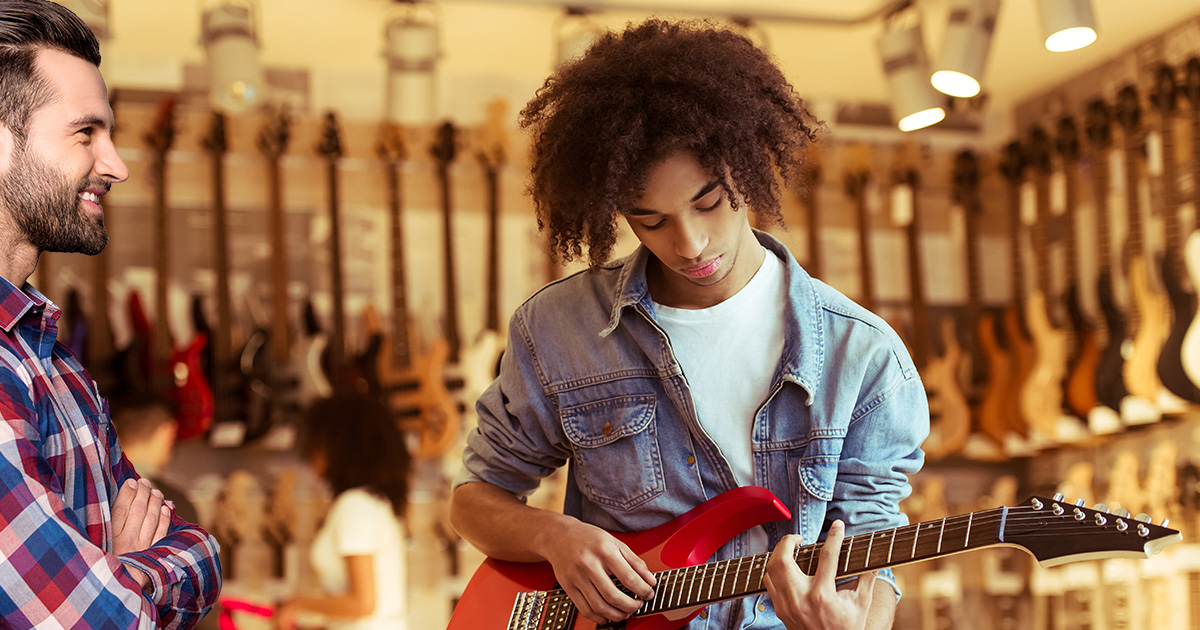 SAINT LOUIS — Local Guitar Center sales associate Frank Helms stunned colleagues after discovering you in the Fender section of the store and announcing that you just might be good enough to handle their most expensive guitar.

“I cannot stress enough how rare this is. Usually someone comes in here and they start playing and I think to myself ‘another middle of the road hack,’” said Helms while smoking out back by a dumpster. “I saw this unassuming customer checking out the merchandise, and they just picked up that stratocaster and played — what did they call it — a G chord? Now, I’ve worked at this Guitar Center for almost two months now, and let me just say: they had the goods. I sold them the Fender Grand Custom Ultra, which happens to be around seven grand, but something tells me they’re ready. They had everything that a budding guitar master needs: a limitless credit card and nobody with them to say ‘maybe this is a bit much.’”

Although skeptical at first, you were eventually won over by the employee’s enthusiasm at your playing.

“I was just walking through the guitar section, I tripped over a display case and a sales associate rushed over and asked me to sign his guitar,” you said, toting your three new amps and twelve pedals out to your car. “I had never played the guitar before, but according to him I’m a natural. Obviously, a born musician like me would just be held back with a beginner level guitar, which I was informed by the employee, so I had to upgrade to the big leagues right away. He even said he has a friend that can help me build a recording studio in my garage, this is a dream come true”

“Say what you will about the tactic, but it works,” said Japinga. “I remember personally finding about ten or twelve superstars every shift, eventually using it on other employees to climb my way to the top of the ladder. I even landed my job as CEO by convincing the previous CEO that he had what it takes to be a world renowned frontman. Last I checked the guy had to sell his house and his band’s demo completely sucks, but I’m still on top.”

At press time, Helms has yet to convince a single person to join the Guitar Center Rewards program, which even at zero dollars was clearly a ripoff.