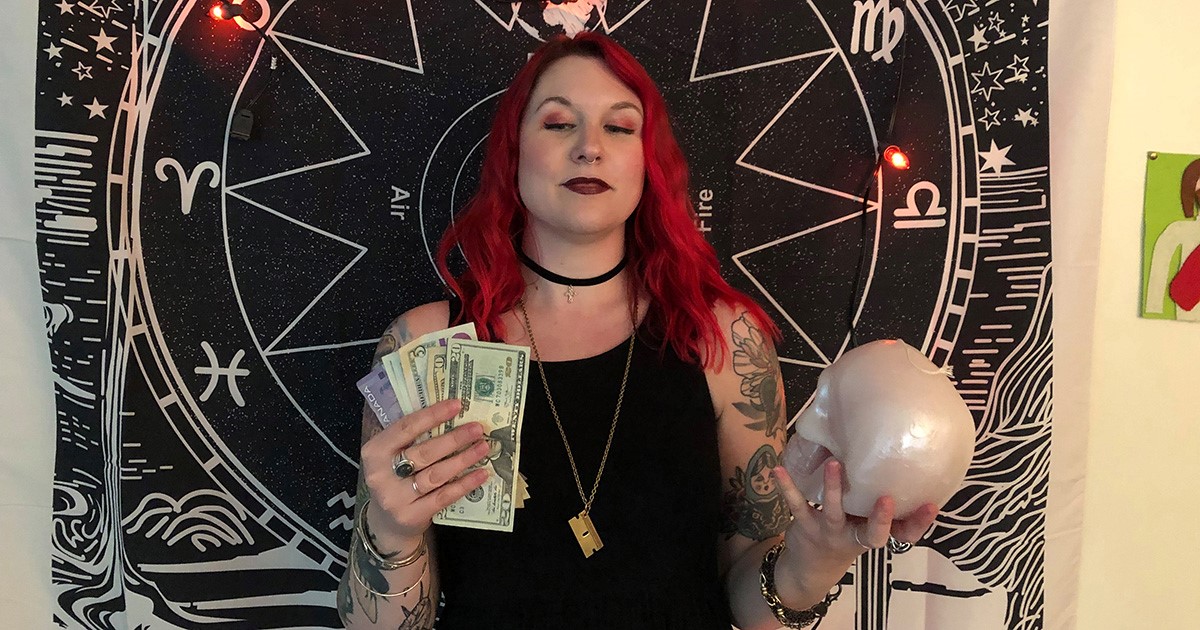 “I finished the late shift at Staples and was walking towards my front door when a group of tourists asked if this was the haunted house — I jokingly told them, ‘Hell is empty and all the devils are here.’ They immediately started stuffing cash into my hand and bounding up my stairs,’” said Kowalski. “Our place was already dark and my roommates were playing a This Mortal Coil record… which is a pretty average Tuesday for us, but apparently the atmosphere really got these goober townies in a festive mood.”

Roommate Kloe Wilson was shocked to see strangers wandering aimlessly through her home, and is admittedly still confused by the situation.

“I was in my room binge-watching ‘The OA’ on Netflix when a family of slack-jawed goons swung open the door and started screaming bloody murder,” said Wilson. “I shrieked and threatened them with one of my combat boots… but then, I guess the daughter or whoever started crying and her dad asked me to break character and help them find the exit. I walked them out and he slipped me a $20. I still don’t know what happened, but all in all, not a bad night.”

However, owner/manager of the Bayou Screamatorium and Haunted Hayride Rory Caldwell lamented his slow Halloween season due to Kowalski’s unintentional tourist trap.

“Seeing as how they were eating my lunch, I had to check out this new haunted house myself… and I have to admit, the level of detail in there was astounding: antique medical instruments, a velvet fainting couch, strange men in black fishnets moaning, ‘Get out! Get out! I’m trying to sleep and I have work in the morning,’” said Caldwell. “I covertly offered one of the guys a job, but he acted like he didn’t know what I was talking about and said, ‘It’s not a costume, this is who I am.’ Such commitment.”

At press time, Kowalski had created a large, wooden “Nightmare Before Christmas” diorama for the front lawn, unintentionally setting herself up for a very lucrative December.