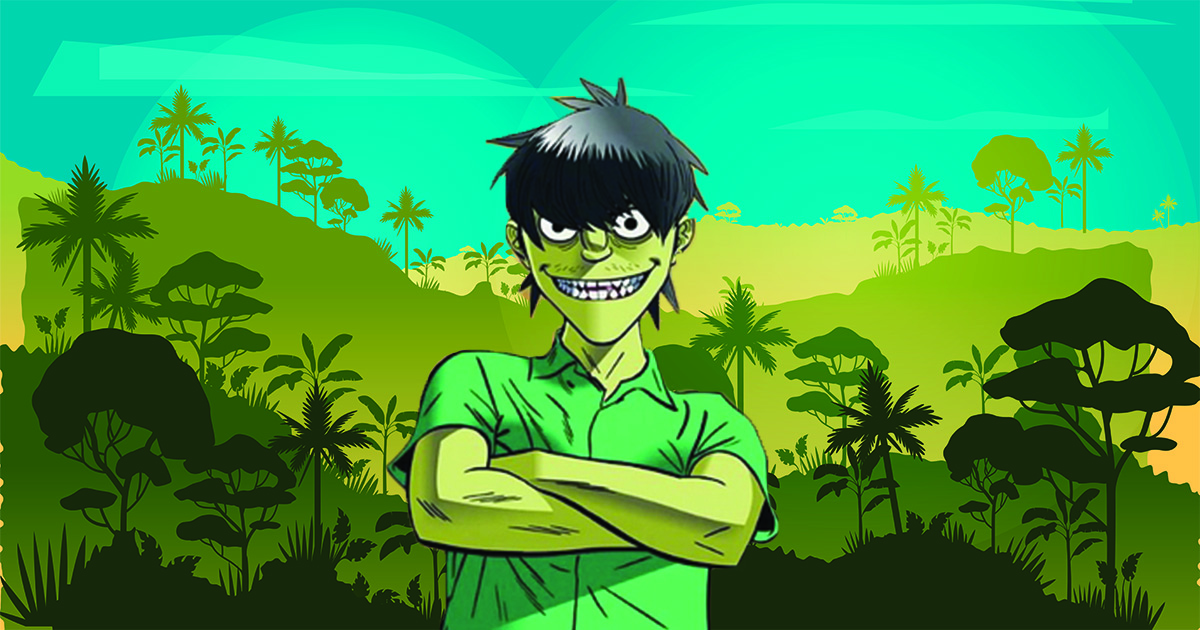 LONDON — Cartoon bassist for the virtual indie rock group Gorillaz, Murdoc Niccals, died of a cartoon heroin overdose Wednesday, a cartoon doctor wearing a fez and a tutu announced in a statement.

“Murdoc Alphonse ‘Faust’ Niccals was found dead on the floor of his cartoon Soho flat at 1:09 a.m., and was immediately rushed to St. Bopsy Bellingham’s Hooky-Dooky Hospital on Wobblesticks Lane,” the colorfully-animated Dr. Basil Worthington said. “He was pronounced dead on arrival, while a lo-fi trip-hop soundscape softly thumped in the background. He was 55-cartoon-years-old. Canonically speaking, that is.”

Shock and disbelief was visible on the surviving members of Gorillaz’ faces when they learned of the event.

“I’m just still processing it, honestly,” said Stuart “2-D” Pot, cartoon vocalist. “From gallivanting on the open seas fighting pirates, to exploring outer space and the boundaries of time itself, we had a lot of good times. I guess when you’re an edgy cartoon rock star you sign up for the good and the bad, which includes potentially swallowing your own tongue in your cartoon bathtub.”

Many experts, speculated that the project would continue without him, despite refusal from the band to officially comment on their future following Niccals’ gruesome and tragic, yet cheeky and whimsical death.

“Though Niccals was a fixture of Gorillaz for the majority of their existence, a lot of people don’t know that he was absent for a while and replaced with one of the villains from ‘The Powerpuff Girls,’” music journalist and live-action person Nigel Glass said. “I know, I had to double-check on Google myself, but look it up. It’s true. ‘Ace’ was his name, he was one of ‘The Gangreen Gang,’ and they’d bully the kids of Townsville. So, uh, there’s any number of directions they could go in, is my point.”

Sources reported a bandmate was nearly driven to cartoon suicide by the news, only to have the attempt thwarted when the noose turned into a neon snake wearing sunglasses and studio headphones, then slithered away.