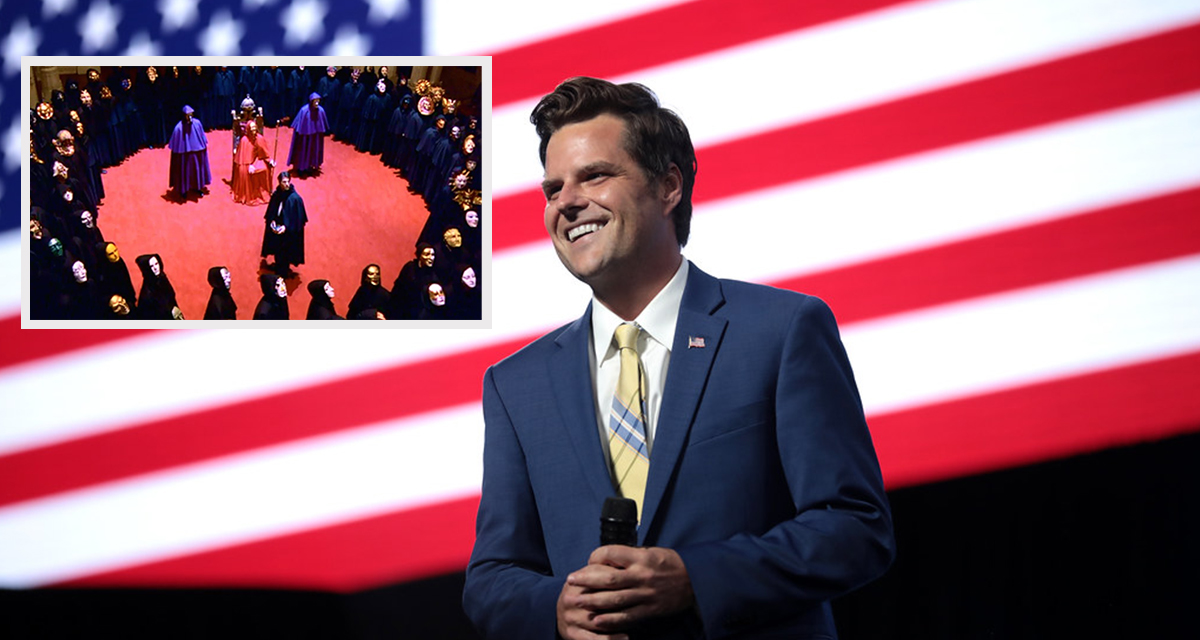 “With all due respect to the Governor, he’s really not considering the people who could be hurt by this ban on mask mandates, but masks are about way more than preventing the spread of disease” Gaetz stated. “His rash decision could put the young people of Florida at risk of missing out on some seriously kinky shit. There’s just no getting around it: masks keep us safe, particularly those of us who’ve got the Feds breathing down our necks and who also maybe want to keep their anonymity in case they run into someone from the post office or other place in their kind of small town when they’re just trying to unwind after a long week.”

Faye Barnes, a Jacksonville business owner who specializes in elaborate Venetian masks for sexual exploration, says that DeSantis’s ban has done considerable damage to Florida businesses like her own.

“Ron DeSantis should know that the purveyors of kink accessories in his state have deep ties to Florida politicians and business leaders, so he can expect to hear from us,” Barnes said. “Without going into detail, I can reassure you that many important people, from the statehouse to the clergy, want to be able to enforce masking rules at our elite private sex clubs. It can really go a long way in helping to set a scene. Don’t let the likes of Matt Gaetz fool you. We generally include only the classiest set of anonymous sex enthusiasts.”

Aiden Mosley, a sex researcher and the University of Florida, agreed that DeSantis’s ban would have far-reaching effects on masked sex parties across the state.

“The Governor is playing with fire with this mask mandate, and not in the fun, consensual way that arouses a small but not insignificant number of Floridians,” Mosley confirmed. “Banning mask mandates could leave thousands across the state with only their girlfriends to have intercourse with. Or, in the most desperate scenarios, this ban may force some to have sex with their own wives.”

At press time, Gaetz added that while masks sometimes make it harder to tell a six from a nine, that was the sort of sacrifice we all need to make right now for the safety of our communities.