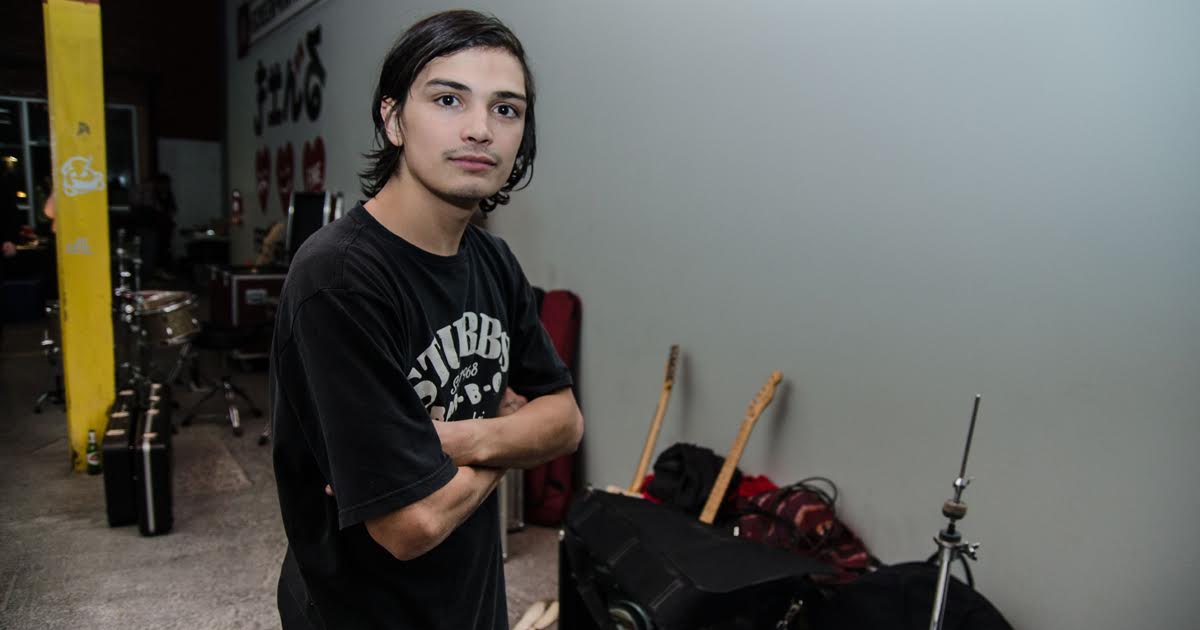 “There’s just no proof Omaha hardcore existed before 2011,” said Krayer. “It’s clear the scene was created when Unbend and Crooked Displacement played the 2010 New Year’s Eve show at the Graveyard. If the scene existed before then, show me the flyers. Show me the demo tapes. They don’t exist.”

Additionally, Krayer believes there are many flaws in the accepted theory of musical evolution.

Krayer’s friends admitted they’re often frustrated with his intense literalism and rejection of all proof that the scene is older than a first-grade student.

“I showed him video footage from a show my older brother’s hardcore band played in 2007, and all he could say was that ‘anyone can easily create a hoax like that,’” said friend Gerry Mulekvitz. “The video was not only time-stamped, but everyone had dyed black hair with really tight shirts — a pretty obvious hallmark of the scene then. But he still refused to believe me.”

Young Scene Creationism, once a fringe belief held only by serious burnouts and crust punks, is increasingly common among punks of all varieties. The Pew Institute of Punk Research found that over 30 percent of Nebraskans believe Omaha punk is “less than 10 years old.”

“Many hardcore fans believe their scene was best when they were most involved with it — usually in their late teens and early twenties,” said sociologist Melinda McFranks, author of Oh Yeah? Fucking Prove It: The Rise of Punk Creationism. “This belief is annoying, but harmless. However, over time it’s evolved to a more powerful, organized movement, rejecting all proof that the scene existed before the believer became part of it.”

“You should come see us,” Krayer said. “We’ve got a sound that’s sort of like Crooked Displacement meets Unbend.”