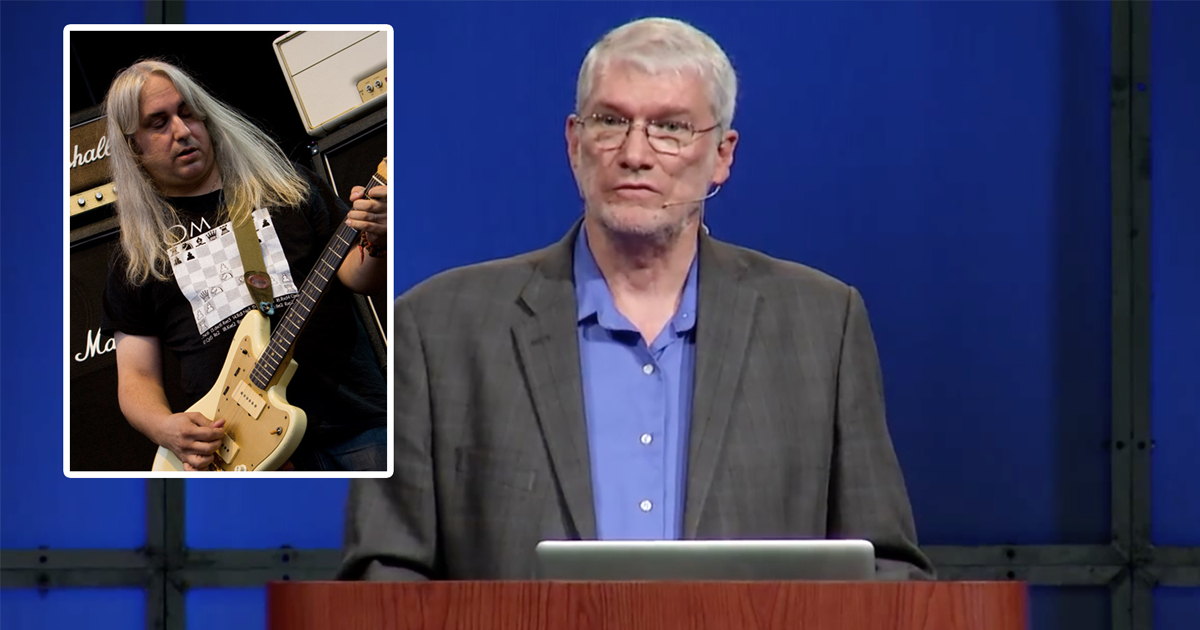 PETERSBURG, Ky. — The Creation Museum issued a statement denying the existence of a supposed Dinosaur Jr. era in an announcement made via blog post on the museum’s official website earlier today.

“One of our patrons arrived at our facility wearing a bright purple shirt that read ‘DINOSAUR JR’ on it. We want to be clear that a ‘junior’ era of dinosaurs does not exist,” read the statement. “Dinosaurs, however, did live alongside people, which can be seen in all fossil records not planted by the Devil.”

Fans of Dinosaur Jr., an influential rock band known for drawling vocals and complex songs with heavy distortion, were perplexed by the sudden denial of Dinosaur Jr.’s existence. Felix Cummins, of nearby Cincinnati, Ohio refuted the museum’s statement.

“Dude, I’ve seen ‘em, like, four times! This one time at Bogart’s, J. Mascis kicked me in the shoulder. I had a bruise for two weeks,” said Cummins. “I don’t know why they’re suddenly taking this stand, but I’ll totally let museum curators borrow You’re Living All Over Me if they want to check them out.”

Kelly Skrim, a Creation Museum spokesperson, expanded on the statement during a recent media call.

“We just don’t want people getting the wrong idea. There’s no junior or senior class of dinosaurs, OK? There are just regular dinosaurs, and they lived in harmony with human beings in God’s creation,” said Skrim. “And these dinosaurs most certainly did not play rock ‘n’ roll that influenced an entire generation, despite never seeing mainstream success themselves. Oh, did you know we have an exhibit showing a T-rex playing basketball? That’s a lot of fun.”

“Um, so… yeah, there’s a museum that says this band doesn’t exist. Thanks for coming out tonight,” said Mascis. “This next one is called ‘Feel the Pain.’”

The Creation Museum is already facing increased scrutiny after releasing unauthorized commentary for DVDs of the popular ‘90s ABC family sitcom Dinosaurs, in which museum officials point out the historical inaccuracies of the show.