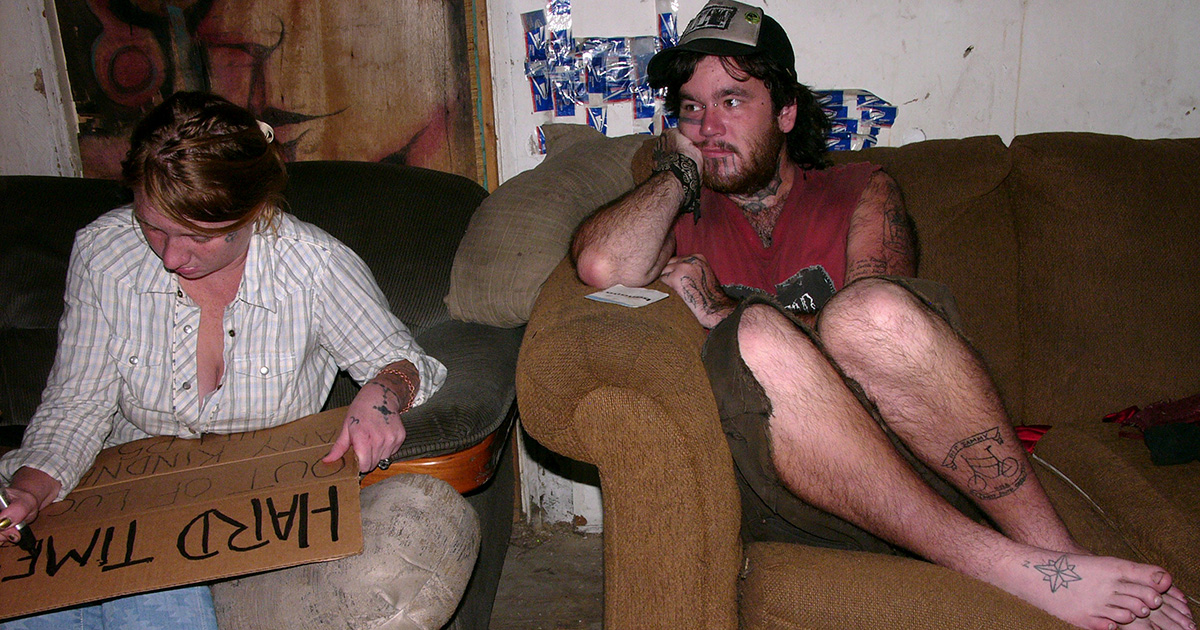 SEATTLE — A local property management company announced they will begin offering fully furnished punk houses which will include a guy who eats all the food and crashes on the couch all the time without ever chipping for rent.

“When we furnish a punk house, we go all out. We aim for authenticity. We have burnt butter knives on the stove, beer cans on the coffee table and of course some dude named Resin who has money for records and tattoos but never money for his tiny portion of the rent ,” said property supervisor Sly Stanley. “This guy has everything a punk house needs; he eats your food, is loud at all hours of the night, and his girlfriend will be in the only bathroom for an hour in the morning even though she clearly has no job. Just another precision detail from us at Allin Homes.”

Tenant Steve “Steveo” Maltin has been thrilled with his rental.

“It’s great to be able to have a genuine punk experience without having to spend a bunch of years creating social capital. And having Resin here has been great. He doesn’t say a lot, or really do anything around the house, but he is literally always home. So I really don’t even need to lock the door,” said Maltin. “I mean, sometimes it’s a little interesting having him around. Like this time I lost this cool Discharge shirt, only to eventually notice Resin wearing it. Which was weird because he had helped me look for it for like an hour.”

“Since we’ve had such an excellent response to this project, we’ve gone ahead and added multiple units across every town. All with their own specialty touches, but everyone gets a Resin. Fortunately, there seems to be an endless supply of dudes who want to sit around and be total shitbags,” said Henry. “Next year we’re expanding the entire punk line. We plan on renting out half running Ford Ecolines to bands and providing opportunities for women to hold their boyfriend’s jacket while they’re in the pit. Finally, the true punk experience will be accessible to all.”

Resin was unavailable for comment as his phone was turned off and he is currently using his roommates.