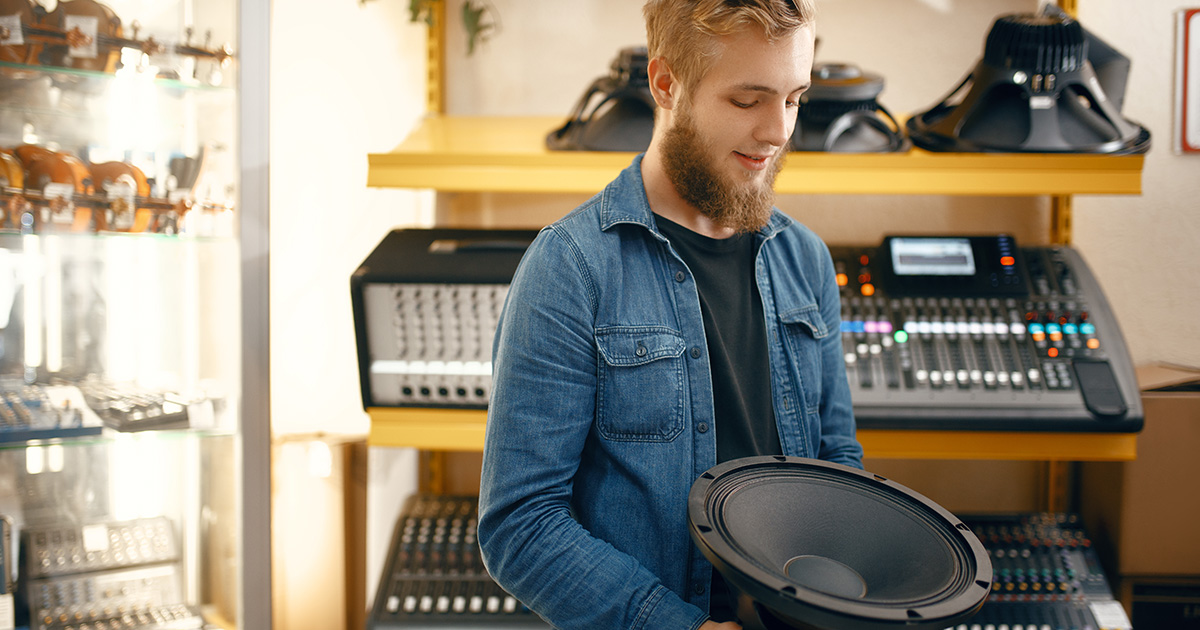 “I knew my budget was pretty limited, but I felt pretty embarrassed just walking in and saying ‘sell me the cheapest piece of shit you have please,’ so I made sure I reviewed all my options,” said Melendez. “When the salesperson started in on their presentation, it was clear they had spent a lot of time practicing. So I felt bad telling them to stop. I realized after maybe 20 minutes that this was going to go on for a while, but it was definitely too late to stop them. Especially because he kept calling me ‘Champ,’ which felt really cool.”

According to The Rock Hut employee Avery Kent, the inevitability of the final purchase seemed far less certain at the outset.

“This would have been the first time I moved something other than a second-hand Behringer, so I really wanted to land the sale,” said Avery while chain-smoking cigarettes on their break. “I was really bringing my A-game and hyping up all of the features on the high-end systems. And the customer was acting like they were right there with me, nodding along and saying stuff like ‘oh wow’ and ‘cool’ a bunch. I even offered to load it into the car for the dude, but that wasn’t enough I guess.”

“I guess I’ll just take my $8 of commission and try to convince my landlord to let me have another extension,” added Kent.

While this approach to purchasing a PA system may seem unusual, experts agree that it’s more common than most realize.

“This fits pretty squarely within most purchasing trends, to be honest,” said Glenna Sloan, a music equipment sales analyst. “Guitarists will ask hundreds of questions about the most expensive strings and then just buy whatever Ernie Balls are on sale, that sort of thing. The only time it changes is if the sales representative is really hot. Then the musician will buy the most expensive thing they can afford to try to impress them. Although research also shows that this attempt at impressing hot people never results in getting a phone number.”

At press time, Melendez had reportedly already blown both speakers and one tweeter despite “setting everything up right, I think.”