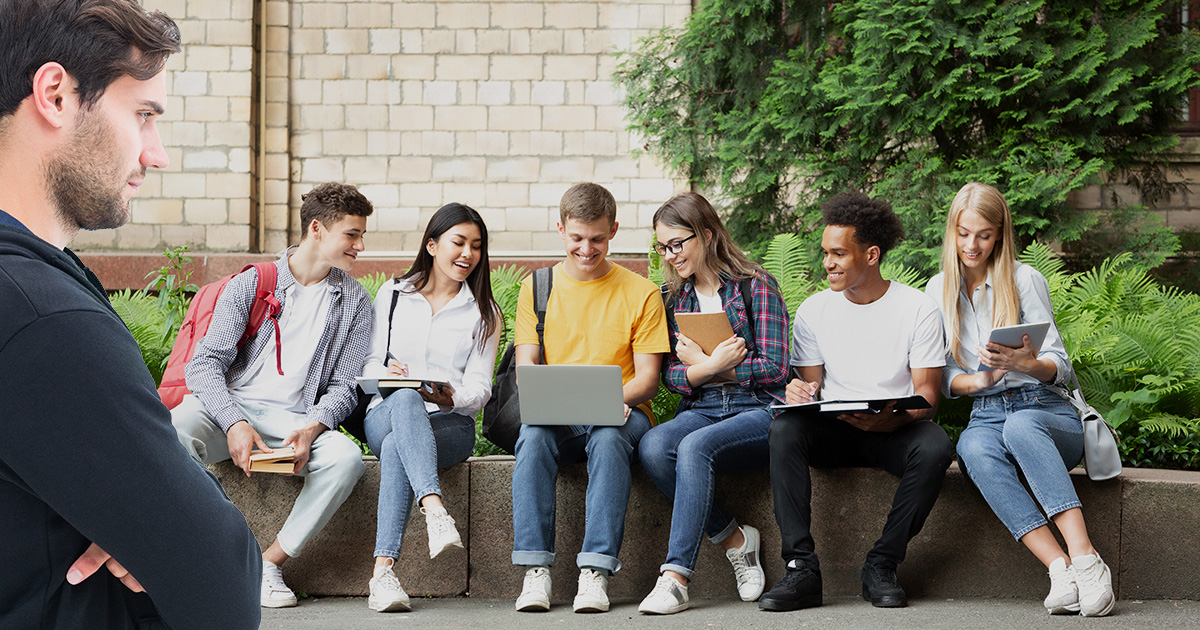 WINNETKA, Ill. — New Trier High School bully from the class of 1997, Al Edwin, is amazed at what losers and lame motherfuckers can get away with in 2022, according to sources.

“Back in ‘95, ‘96, I was king of the hallways,” Edwin boasted. “Any weakling, regardless of looks or attitude, was subjected to these hands, their books thrown to the ground, and told to suck my dick loud enough for me to get after school suspension. Now, the kids are getting way more uncool and nothing is being done about it. My nephew showed me some pictures of him and his friends… I would’ve shoved them all into a locker on sight. Turns out righteous abuse is a thing of the past and they can walk around liking themselves and enjoying things that interest them? What a world.”

Daniel Dustin, a friend of Edwin’s nephew set to graduate high school this year, feels relieved that he was born in the “right generation.”

“Yeah, I don’t live in a perfect world, but I can get away with a lot as far as old-timey, 90s movie bullies go,” he stated. “My hair is dyed light blue and my nails are painted. I have ear piercings and anime pins on my backpack. I dress however I like. I’m openly bisexual. Sure, I might get strange looks from the more mainstream kids, but my friends and I can do whatever we want without having to watch our backs for nine months and the only people who make us feel bad about ourselves are our parents.”

June Collins, a social worker specializing in the teenage population, is relieved to see the more accepting stance of recent years.

“My job was a lot tougher when I started out back in the early 2000s,” Collins recalled. “Losers had to look cool, be straight, and keep their heads down, and most of them were still beat up. Now, lame kids snicker whenever they even hear the words ‘bully’ and ‘bullying,’ and the super nerds who know how crypto works are almost even celebrated. That’s a huge step forward. At this rate, we’re going to see more high schoolers signing up for musicals than for football teams by 2034.”

At press time, Edwin was eating his lunch alone in a bathroom stall after the youngest of his coworkers encouraged him to “share what’s going on.”