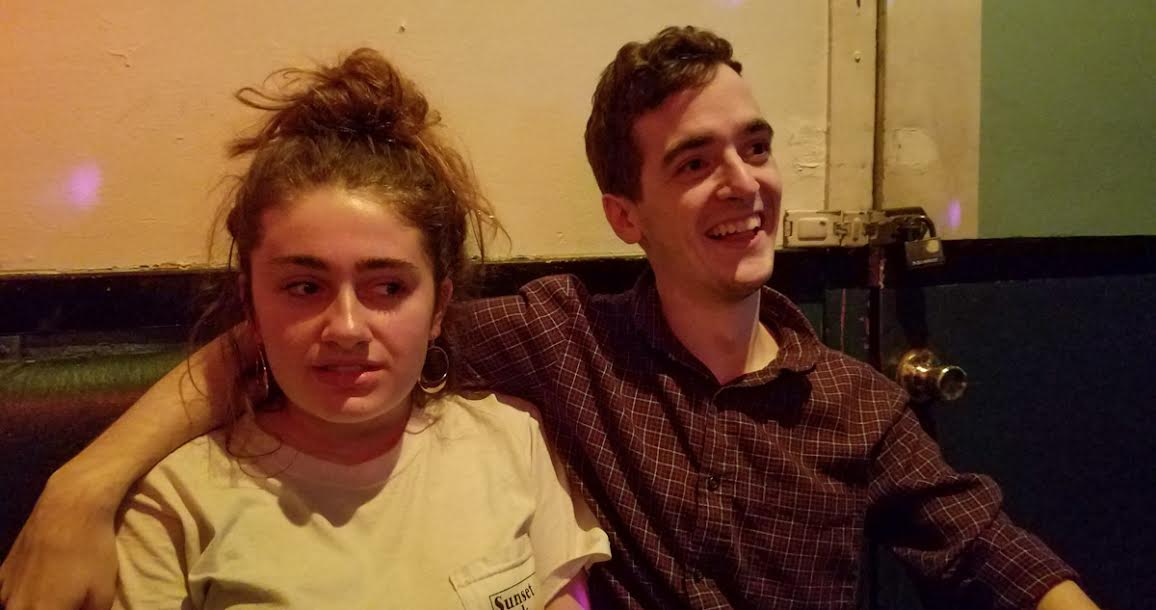 OAKLAND — A first date at a crowded DIY basement show is going about “as good as one would expect,” witnesses close to the tentative couple confirmed.

Elise Shepard, who met her date, Mark Lawson, in an Intro to Anthropology class, allegedly had little understanding of what she agreed to attend.

“I thought it’d be cool to see him play — I just didn’t know it was going to be in an unfinished basement,” she said after realizing that Cocker Strangler, Alt-Tight, and three other grindcore bands still had to play before Lawson’s band played. “It feels like there might be a lot of black mold down here… my throat is suddenly really scratchy, and I’m wheezing more than I would have hoped on a first date.”

Shepard confirmed a 10-on-1 fist fight inside the damp, crowded basement didn’t help.

“Most of the fighting was in the corner I stood in while texting my friend to come pick me up,” said Shepard. “I only cut my shoulder a little on a loose nail in the wall, though, so I guess it could be worse.”

“Yo, if she’s gonna hang, she has to hang,” Lawson said. “At least no one puked on her. Oh, wait — someone did puke on her, but it only got on her shoes and most of her pants. That will, like, come out in the shower.”

However, in his efforts to be a gentleman, Lawson reportedly told Shepard the differences between “racist skinheads and real ones,” why “he can still kinda be a skinhead, even though he’s from an upper-class neighborhood,” and 10 of his top fight stories over the course of their date.

“It’s fine. I dated a guy into cosplay before this. Seems like pretty much the same thing,” Shepard said, letting out a loud sigh.